“The Most Dangerous Game” Goes Too Far For Colorado Mom 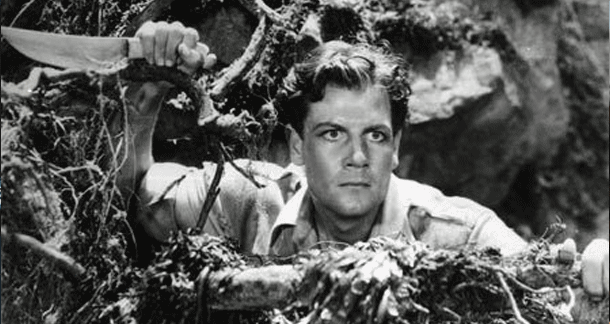 Sarah Timme was reviewing her son’s homework one night when she discovered he’d been assigned the 1924 short story “The Most Dangerous Game” by Richard Connell. She was so upset, she’s asked for the story to be withdrawn from the curriculum, according to a story on Huffington Post.

If you haven’t read it, the crux of the plot is about a man who hunts humans for sport - which is as controversial an idea as it ever was.

Part of Timme’s objection revolves around the recent sexual assault and murder of 10-year-old Jessica Ridgeway by a 17-year-old. Timme argues...

...that "The Most Dangerous Game" only serves to encourage school violence, adding that she was "outraged and appalled" by the story and assignment, which were disturbing to both her and her son.

Connell’s story has been used in classrooms for a very long time, particularly to study the underlying principles of literature, and themes like human ethics and reason versus instinct. I can remember reading it, myself, at school.

And this isn’t the first time this year a call to ban or withdraw a book has been highlighted in the press, with other targets including The Hunger Games,  by Suzanne Collins ("sexually explicit" and "unsuited to age group and violence.") and In Our Mothers' House by Patricia Polacco (story of children being raised by a lesbian couple). I’m sure there are loads more on the banned books list that I’ve overlooked.

While the subject matter may not appeal to everyone, I can’t say Connell's story affected me the way Timme says it affected her son, and as ever, this brings me back to the question of whether there’s any point to “banning” books?

8 Reasons We Should Listen To Book Banners

This makes me think of Donnie Darko...

I remember reading that story and being disturbed by it as a kid. However, it was not the most disturbing thing I read then, either. "The Lottery" by Shirley Jackson still freaks me out. Ditto for "Island of the Blue Dolphins." Lots of YA books and stories used for younger readers DO deal with rough topics like violence and death.

Even then I knew the story was not promoting violence in any way. Rather it was highlighting the absurdity of it, the senselessness that does, indeed, happen in real life. Fiction isn't always there to make us feel better about the world. I know that mother was probably just upset because of recent events. Who wouldn't be? I am a new mom, and all baby-related tragedies --real or fictional--piss me off lately. For instance, I am VERY mad at The Walking Dead, right now....but I wouldn't try to ban it!

Instead of getting allupinarms, maybe taking a closer look at the story, ESPECIALLY in light of the recent tragedies, to see what is wrong with that sort of violence. We call these teachable moments. Kids are especially sensitive to the world around them. More than we give them credit for. Better to engage them than pretend terrible things don't happen and we should never talk about them.

Well, I don't think I can follow Taylor's comment with a more eloquent version of what she said, so I'll just "ditto" that.

I think we're headed for the dark ages.

Kevin Maddox from Melstrand, Mi is reading Slaughterhouse-Five by Kurt Vonnegut November 7, 2012 - 8:57am

I always thought "The Most Dangerous Game" was one of the the less controversial books I read in high school curriculum. Compared to "Night" by Eli Wiesel, "Slaughterhouse 5," and "1984"?

Better to engage them than pretend terrible things don't happen and we should never talk about them. --- Taylor

Pretty much. Does the mother not let her kids watch the news?

It doesn't matter how many things they remove from the curriculum. Someone will always be offended by something. I am offended by them being offended. It's a damn shame that we are still making kids read literature that actually has an emotional impact. What could we have possibly been thinking? They should only be allowed to read bland, non-controversial literature.

I hope none of these people have a bible in their house. Murder, torture, sex, demons, vengeful dieties... That thing could keep a kid up at night.

I'm glad there are parents out there that take time with their children, too bad it resulted in this overreaction.

Courtney from the Midwest is reading Monkey: A Journey to the West and a thousand college textbooks November 7, 2012 - 8:11pm

I think this parent was at least well intentioned. It sounds like her son had a pretty understandable reaction to a pretty scary story in light of a tragedy. He's going through a very distinct time for a young child (realizing mortality) and, unfortunately, it was bad timing to assign the story.

I remember reading it (and teaching it to my class, as part of the assignment) as a freshman. A friend of mine had just been murdered for not having money to give a lunatic who forced his way into her car. It wasn't comforting, to say the least, but I was bolstered by past experience with senselessness and didn't have a *terrible* reaction to the story.

Should the school outright ban the story? Of course not. Is it reassuring to see that a parent is so invested in their child's education, not to mention their mental health after such a jarring event in a child's life? Definitely.

Also, this story *still* scares me, along with The Lotto, like Taylor mentioned. I find it really interesting that we teach books that scare adults to kids and the different reactions based on age group. Lord of the Flies scares the absolute fuck out of me now, and it barely touched me then. Slaughterhouse-Five and 1984 were both reading I did for fun in middle school and neither scared me; SH5 does now, but 1984 still doesn't. I just find it interesting.

The Most Dangerous Game is a spooky and captivating read that will have you on the edge of your seat. The premise of the novel is fascinating, and it makes you wonder if there are dangerous people in everyday life who might be looking to play a dangerous game with you.