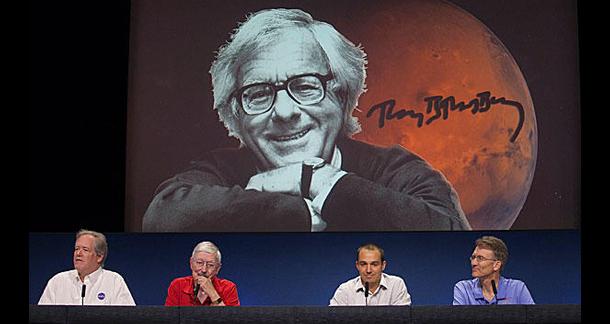 After opening their press conference with footage of science fiction writer Ray Bradbury reciting his poem, If Only We Had Taller Been, it was announced that the site where the Curiosity Rover touched down will now be known as Bradbury Landing—thanks to book-loving lead scientists over at NASA. The dedication took place on Wednesday, which would have been the Ray's 92nd birthday.

Bradbury’s The Martian Chronicles is a collection of short stories from 1950 detailing the progress of human efforts to colonize the red planet. It was his breakout novel, helping establish him as an author and legitimizing science fiction as a genre.