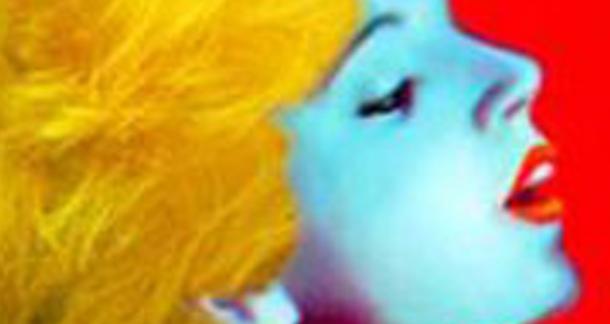 2016's Sundance saw the premiere of The J.T. LeRoy Story, a documentary that chronicles one of modern literature's most interesting author identity stories.

For those who don't remember, in brief:

The story starts with an author named Laura Albert, a fairly well-off woman in her 30's who started playing around with experimental fiction, even seeking out gurus like Dennis Cooper, and who landed a publishing deal. However, rather than play it straight, she published under a few pseudonyms, landing eventually on J.T. LeRoy.

But Leroy was more than just a name swap like J.K. Rowling's Roger Galbraith. It was more akin to Garth Brook's Chris Gaines phase.

Albert created an entire backstory for Leroy, posing him as a 20-something, gender-questioning boy who was raised by a prostitute mother and was HIV-positive.

LeRoy became famous. Which is when things got really interesting.

Albert pretended that LeRoy was a recluse for a short time, and then a relative was hired to act as LeRoy in public appearances. Meanwhile, Albert would pose as various other characters who orbited around "LeRoy", such as an assistant, in order to help "LeRoy" answer questions and negotiate deals.

The story only gets more interesting and convoluted from there, including the facade's collapse in 2005 and a legal case involving film rights signed by J.T. LeRoy, but not Laura Albert.

Albert claims she would not have allowed for the movie to be made except that it's director, Jeff Feuerzeig, was the director of the absolutely incredible documentary The Devil and Daniel Johnston, a film that deals kindly with a problematic, but very interesting and creative character.

The story is interesting in LeRoy's popularity amongst celebrities, the way in which it does or does not fit in with the James Frey scandal, and perhaps most importantly, the questions it brings up about author identities and voice.

Did you follow the LeRoy story when it was going down? How do you think it's aged?

Joshua Chaplinsky from New York is reading a lot more during the quarantine January 27, 2016 - 8:00am

I never really felt deceived by Leroy. I still think his/her books were pretty good. I look at it more as a big piece of performance art. I think if he/she had positioned it as such (even after the fact), people wouldn't have been as outraged.

Laura Albert is an inspiration of mine. I always thought this was a cool, underground story that most people outside of the writing community knew nothing about. The JT Leroy books were beautifully written too, I didn't care he was fake.