The Goosebumps Trailer is Here 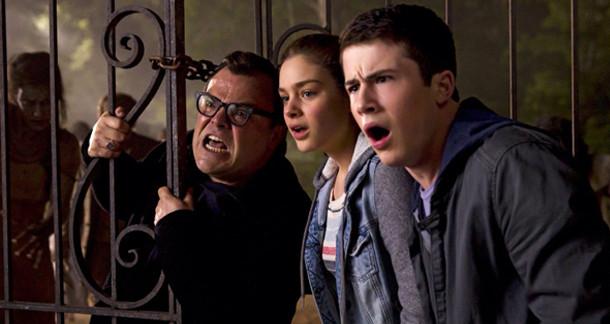 Rejoice, R.L. Stine fans, the Goosebumps trailer is here! The film will be released on October 16th, just in time for Halloween, and looks like it'll be a fun, nostalgic film for fans of the series. In the trailer, R.L. Stine and his daughter Hannah get a new neighbor, Zach; when Zach hears strange noises coming from the Stine residence he breaks in to investigate. Once inside he and his friend find original Goosebumps manuscipts and, after opening one out of curiosity, accidentally unleash all of R.L. Stine's creations into the world. Thus begins the quest to re-capture ghouls, monsters, and murderous gnomes and put them back into their books.

Some of Stine's creepy creations are featured in the trailer already, like Slappy the Dummy and the Abominable Snowman, but what monsters are you hoping will make an appearance? What was your favorite Goosebumps book? Will you see the film?