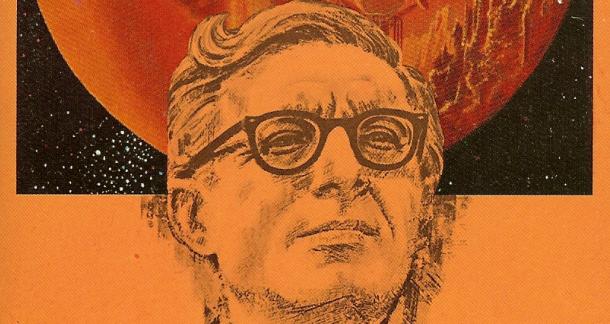 Informant stated that the general aim of these science fiction writers is to frighten people into a state of paralysis or psychological incompetence bordering on hysteria which would make it very possible to conduct a Third World War in which the American people would seriously believe could not be won since their morale had been seriously destroyed.

Straight from the FBI report on Ray Bradbury. Would have been nice if they'd studied his prose a little bit. That sentence, good God.

Recently-released documents show that the FBI looked into Ray Bradbury for a decade, trying to figure out whether he was a communist threat to the United States.

Damning evidence includes Bradbury's dislike of McCarthysim, the way his Martian Chronicles portrayed earthmen as "despoilers and not developers", and his attendance of anti-Vietnam protests.

In addition, it was suspected that science fiction writing, in general, was potentially a Communist plot to subvert American values, replacing them instead with "the potentialities of science." What a dystopia that would be.

You can read all the documents here. Try to ignore the irony of Russia banning Fahrenheit 451 in this context.

I think it's kind of crazy that his bio includes mention of his family in the 1600s.

According to these documents, it seems like Bradbury was always getting hasseled. He turned up for his military physical, I'd imagine for the draft since it was 1942, and didn't pass the physical. Then he gets arrested for suspicision of draft dodging--but was cleared, of course.

But I do enjoy "the informant" reporting all of Bradbury's credits. I imagine this person saying, "And he's a member of ... THE WRITERS GUILD OF AMERICA! Can you believe it?"