The Cover for David Cronenberg's 'Consumed' is Revealed 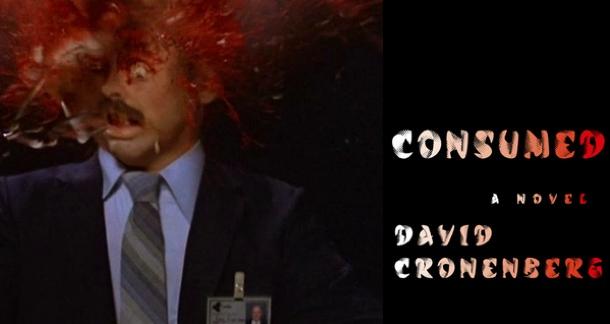 David Cronenberg, director of the classics Scanners, The Fly, A History of Violence and many others has established himself as the king of the creepy, with skin crawling stories of visceral horror.

Now, Cronenberg has written a novel, titled Consumed, whose cover was recently revealed by Entertainment Weekly: 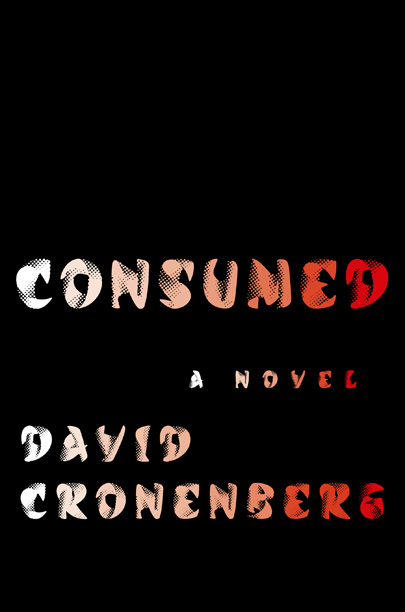 So...yeah, that's sure a cover for a book, alright.

OK, so let's hope the actual contents of the book are more interesting. The book's synopsis does at least seem intriguing:

Stylish and camera-obsessed, Naomi and Nathan thrive on the yellow journalism of the social-media age. They are lovers and competitors—nomadic freelancers in pursuit of sensation and depravity, encountering each other only in airport hotels and browser windows.

Naomi finds herself drawn to the headlines surrounding Célestine and Aristide Arosteguy, Marxist philosophers and sexual libertines. Célestine has been found dead and mutilated in her Paris apartment. Aristide has disappeared. Police suspect him of killing her and consuming parts of her body. With the help of an eccentric graduate student named Hervé Blomqvist, Naomi sets off in pursuit of Aristide. As she delves deeper into Célestine and Aristide's lives, disturbing details emerge about their sex life—which included trysts with Hervé and others. Can Naomi trust Hervé to help her?

Nathan, meanwhile, is in Budapest photographing the controversial work of an unlicensed surgeon named Zoltán Molnár, once sought by Interpol for organ trafficking. After sleeping with one of Molnár’s patients, Nathan contracts a rare STD called Roiphe’s. Nathan then travels to Toronto, determined to meet the man who discovered the syndrome. Dr. Barry Roiphe, Nathan learns, now studies his own adult daughter, whose bizarre behavior masks a devastating secret.

These parallel narratives become entwined in a gripping, dreamlike plot that involves geopolitics, 3-D printing, North Korea, the Cannes Film Festival, cancer, and, in an incredible number of varieties, sex. Consumed is an exuberant, provocative debut novel from one of the world’s leading film directors.

Consumed will hit shelves on September 2nd in the US, hopefully giving Cronenberg and his publisher, Scribner, some time to rethink some decisions about that cover.

Joshua Chaplinsky from New York is reading a lot more during the quarantine March 5, 2014 - 7:17am

Can't wait to read this, although the cover fills me with meh.

Class Director
Rob from New York City is reading at a fast enough pace it would be cumbersome to update this March 5, 2014 - 8:09am

That cover is booty. It looks self-published.

I couldn't care less about the cover when the book has Cronenberg's name on it. I wonder if that's what he was counting on his fans saying. Looking forward to that one!

It could be wrapped in dried shit so long as the insides are ticking.

I'm always in favor of text-only covers but this is a bit ehh... The Photoshop 101 gradient over what looks like something grabbed from one of those free font sites. A bit surprising for a visual storyteller. Maybe if the text was done in some kind of material that felt like human skin? That's the only way I can see around that dud.

I also couldn't help thinking, while reading the description of the book, that I'd rather see his movie of it.

Hahaha...There is a novel coming out by DAVID FUCKING CRONENBERG, and we are all fussing about a lame cover? I agree with Chacron...just put the name "DAVID CRONENBERG" on a cover, his fans will read it. Shit, most people only buy e-books anyway, do covers even matter anymore?

(Disclaimer: I am not a fan of e-books, and I am a fan of good covers. Matthew Revert has been making a ton of great ones with Lazy Fascist Press, George C. Cotronis has some great ones. But let's not forget what our parents always said about judging a book by its cover...it makes an ass of you and me.)