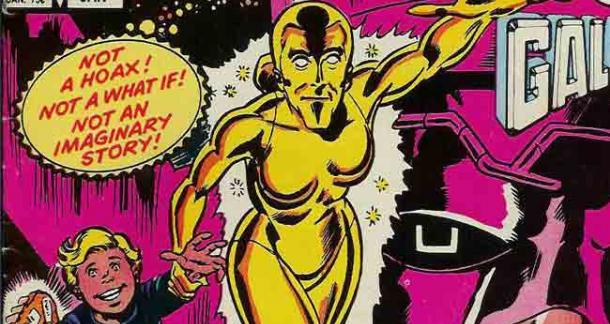 I'm not the first to cry out against gender-based sleights. Even so, it's impossible to ignore the fact that there's a dearth of lady-led comic book movies. Where's Wonder Woman already? Can Black Widow get a James Bond kind of thing going? Is the world ready for Dazzler, or the real question, can the world get ready for Dazzler? Because I want a Dazzler movie, in no small part because I want the Dazzler movie soundtrack.

All of this, all of these great options, makes it even more baffling that Sony is rumored to be considering a feature film based on Spider-Man's Aunt May.

In full disclosure, the rumored reason Sony is considering Aunt May: AuntMayGeddon (my suggested title) is that they have to make another Spider-Man movie, otherwise the film licensing will revert back to Marvel. After Amazing Spider-Man 2 didn't hit home the way they'd hoped, Sony started looking through some other possibilities. There was talk of a Venom movie, a Sinister Six, and even "a female lead Spider-Man movie" of uncertain origin or content.

After looking over these options, Aunt May was thrown on the table. (Ouch!)

Aunt May was recently one of the subjects of Trouble, a series penned by Mark Millar designed to re-work the origin of Peter Parker. Trouble is a bit like an Archie book with more sex and...well, with more sex. No need to spoil exactly what happens here, but some Spider-timeline changes resulted. However the story was quickly categorized as non-canonical.

There was also, famously, an Aunt May story in which Aunt May was granted power by Galactus, he of the world-eating and weird purple hats. May was transformed into (I swear, I'm not making this up) Golden Oldie. A lot of weird plot ensued, mostly involving Golden Oldie rounding up enough Twinkies to feed Galactus' hunger and stop him from chowing down on Earth. Golden Oldie eventually found a gigantic space Twinkie that was protected by a cosmic...you know what? I can't keep summarizing this. It was insane. You can read it all here.

My guess, as a Spider-Man superfan, is that the Aunt May movie is less about sexiness or cosmic baked goods, and it's more a way for Sony to hold onto the Spider-Man franchise without spending the Spider-Man cash. Which is a shame because, let's face it, "this is a cheap and easy way to manage legal rights" is a terrible premise for a movie.