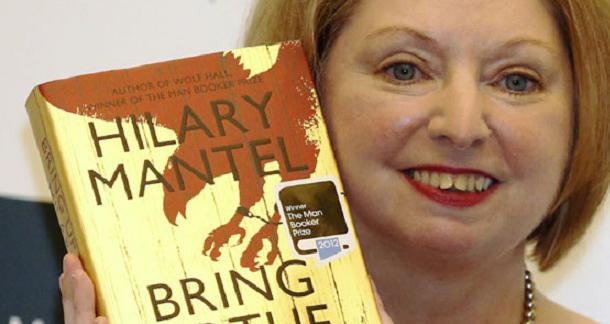 This week, it was the Man Booker Committee's turn to announce the winner of its prestigious award. Last month, they released quite a bold shortlist, including titles such as Will Self's stream-of-consciousness novel Umbrella and Jeet Thayill's Narcopolis. But neither of those two titles won. Some of you may find the results to be anti-climactic, but...

She won in 2009 for her historical novel Wolf Hall, which had garnered some major praise throughout the cultural community (including from Christopher Hitchens himself) and she won this year's prize for the sequel, Bring Up The Bodies. That's right. That's two Man Booker Prizes in four years, for what is basically a series.

Now, this is intriguing. The first thing that comes to mind is :"Come on, Man Booker Committee, let someone else win." But at the same time, it seems logical that Bring Up The Bodies won, since it's a sequel that makes its predecessor proud. Both books got nothing but high praises.

Do you agree with the decision?