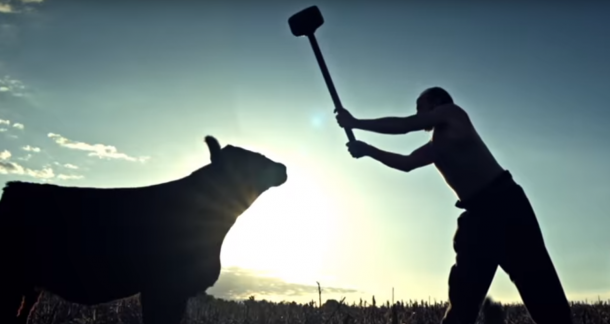 Neil Gaiman's American Gods is coming to Starz in 2017, and we've got a trailer.

American Gods follows Shadow, a man released from prison who finds himself embroiled in a battle between old gods and new. Old-school gods versus millennial gods, if you will.

The book's twisty plot and tight prose won Neil Gaiman the Hugo, Nebula, Bram Stoker, and a boatload of other awards in 2002.

As for the production, Neil Gaiman said that the first season of American Gods only covers about the first third of the novel, and there's plenty of stuff left for further seasons.

Community Manager
helpfulsnowman from Colorado is reading But What If We're Wrong? by Chuck Klosterman July 28, 2016 - 12:15pm

I don't WANT to believe it.

The book definitely has a Dane Cook-ish character. He'll fit right in with his ... style, or brand, of ... I guess we call it comedy? delivery?

Just messing, I like him. He'll work the part well.

Aesthetically it is very close to how I viewed the book. Excited for this.

I think you should stop making movies about Gods because this is a wrong concept as mostly people of the world beleve. There is only one God as we read in books and on http://www.mystudycorner.net/master-your-research-paper-in-5-minutes/ and you should respect the motions of people whom believe in that.

The sources of the internet have been heavily implied for the success of the humans. All the challenges of the sourcing and essay on time reviews have been done for the problematic use of the sources for the youngsters.