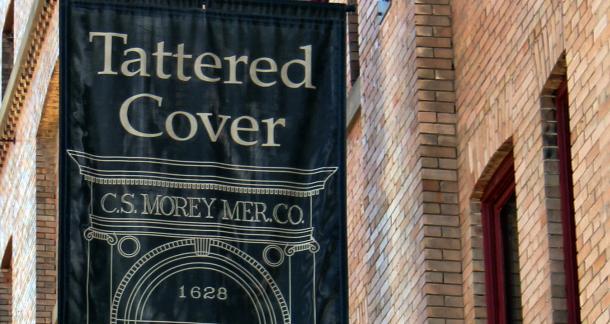 In a lifetime, one might be lucky enough to visit a couple of the world's legendary bookstores. Powell's in Portland. Last Book Store in Los Angeles. Shakespeare and Company in Paris. Strand in New York City.

If one is very, very lucky, he might actually add a name to that list of legendary bookstores. Which is precisely what Stephen Cogil Casari managed to do with Denver's Tattered Cover before he passed away last week.

Tattered Cover has been a Denver institution since its humble start in the Cherry Creek neighborhood in 1971. Over the many years it has expanded to 4 locations, including a location in a renovated building on Colfax Avenue which, in this writer's opinion, was a big leap into the eastern heart of what was once considered a seedy neighborhood. Tattered Cover has also recently opened a satellite location in the Denver International Airport, and a commuter store in Denver's historic Union Station.

The store has become a part of Denver's lifeblood, They still host over 400 speakers every single year, and past guests include Cormac McCarthy, Joyce Carol Oates, Kurt Vonnegut, Chuck Palahniuk, Amy Tan, and many, many others.

Stephen Cogil Casari was a lifelong book man. One Denver lawyer recalls visiting the original location, asking about a book on skiing, and the knowledgeable Casari easily led him in the right direction after admitting that he'd read every title on the humble storefront's shelves.

Casari left for Chicago in the 70's but remained in the world of books, running a chain of bookstores and eventually working as a bookstore consultant.

If you're in Denver, take a personal recommendation. Visit the Colfax store. The 16th street store used to be the greatest, but the Colfax outlet, with its huge windows, lots of seating, dark, pool table carpets, and the photos of visiting authors lining the staircase—the Colfax location is a can't-miss piece of Denver. Thank you, Stephen Cogil Casari, and please rest in all the peace deserved by a man who contributed so greatly to the world of books.

I never heard of him before, but I'm sure he was a good man. Rest in peace.

Excellent bookstore.  Went to the Colfax location when I was in Denver a couple months back.

Community Manager
helpfulsnowman from Colorado is reading But What If We're Wrong? by Chuck Klosterman October 21, 2014 - 7:02pm