Target Dumps The Kindle, Going Steady With The iPad 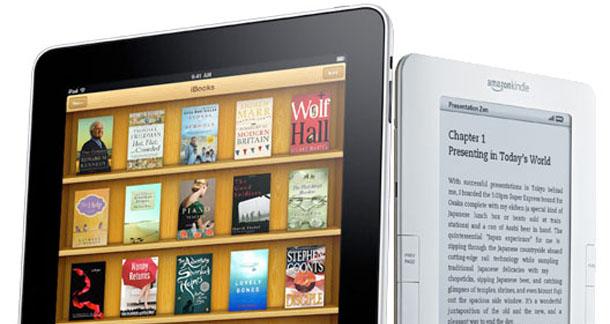 There's a little eDrama going on at Target. The store has been selling Amazon's Kindle, but now plans to phase them off the shelves. A spokesperson said the move was a result of the an "ongoing review" of Target's merchandise.

I wonder if that ongoing review has anything to do with the fact that Target plans to introduce a line of mini-Apple outlets in its retail stores.

This past November, Target announced that Amazon's Kindle was the company's best-selling eDevice on the day after Thanksgiving. Now they won't even carry Kindle covers and chargers.

This could be Target trying to keep Apple happy--the iPad is a humongous seller and more expensive. But at the same time, I wouldn't be surprised if Apple made this a condition of the partnership. They tend to like preferential treatment.

Because in the war of the eDevices, there can be only one.

Jason C from Quad Cities, Iowa is reading Growing Up Dead In Texas by Stephen Graham Jones May 3, 2012 - 8:21pm

They're also going to continue selling the Nook.

A letter went out as well from Target to its vendors.

The New York Times quotes a more strongly worded letter sent by Target to its vendors: “What we aren’t willing to do is let online-only retailers use our brick-and-mortar stores as a showroom for their products and undercut our prices.”

Huh. Target is where I bought my Kindle.

Dwayne from Cincinnati, Ohio (suburbs) is reading books that rotate to often to keep this updated May 7, 2012 - 1:32am

If Apple demanded it, this might not be the best move in the middle of a DOJ price fixing law suit.