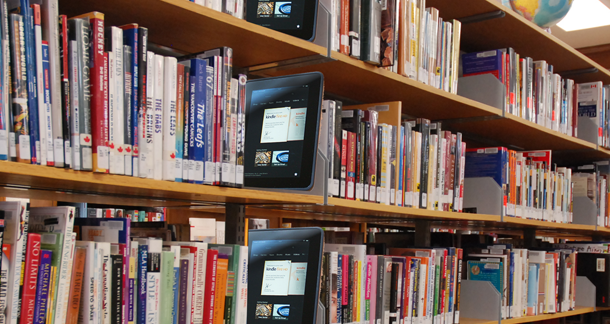 In a recent poll of 75,000 library patrons the results suggest eBook borrowers buy 3.2 print or eBooks on average. Some 44% of respondents even reported their eBook purchases have gone up in the past six months!

The survey, by Cleveland-based library lending platform OverDrive and the American Library Association (ALA), confirms a study with similar conclusions conducted by the Pew Internet and American Life project - they found that of people who borrow eBooks from libraries, 41% bought the last book they read.

Library lending encourages people to experiment with new authors, topics and genre — which is good for the entire reading and publishing ecosystem,” said Carrie Russell, director of the ALA’s Office for Information Technology Policy, in a statement.”

Publishers are less convinced - Macmillan and Simon & Schuster don’t even speak to libraries at this point (although there are rumours of a lending pilot in the Macmillan camp), and recent trials by Penguin and Hachette suggest the tide may be turning in the borrower’s favor.

The ALA and libraries nationwide are eager to convince publishers that libraries offer them a solution to one of their growing problems: How will readers discover new books in a world of disappearing bricks-and-mortar bookshelf space?"

That said, relations between the ALA and publishers aren't great at the moment, with figurative shots being fired across bows from both sides. Will the publishers relent and give libraries access? Should they? I think so and I’d bet a lot of other people do too.

You can read more about the survey’s findings here.