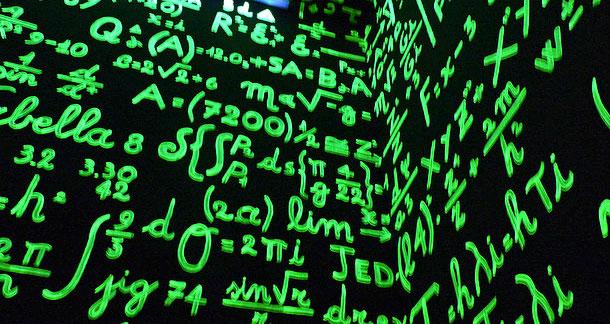 Recently, a study on literary influence from Dartmouth College has been getting a lot of press for essentially concluding that modern writers don't give a damn about the classics compared to their pre-19th-century counterparts. The paper, "Quantitative Patterns Of Stylistic Influence In The Evolution Of Literature," comes not from the literature department or even the linguistics department but from math scholars. These mathematicians aimed to find large-scale trends in literary style by using stylometry, a linguistic technique often used to determine the authorship or authenticity of texts.

In this case, they analyzed 7,733 works written between 1550 and 1952 by 537 authors, focusing on 307 "content-free" words (primarily conjunctions and prepositions) to determine the stylistic fingerprint of an era. Their much-hyped conclusions are that the influence of classic literature on authors is declining as time goes on and that the chronological realm of influence is getting smaller. In other words, as Salon explains, "an author from, say 1850, will have more in common with an author from 1800 than an author from 1950 will have with an author from 1900."

Based on some reactions to the study, you'd think modern writers were burning Dante and Homer in the streets, but as others noted, there are some fundamental flaws. Most importantly, in my opinion, is the fact that the research seems to confuse literary influence with linguistic similarity. As a writer, you might be deeply influenced by Shakespeare, but odds are, your sentence structure won't reflect that. Thanks to the internet and globalization, language itself is evolving faster than ever, so it stands to reason that the language used in literature would be changing at a similar rate. In order to gain any serious conclusions from a study like this, the speed of language evolution really has to be factored in somewhere. And it's not. Even if it were, that would still tell us more about how language is used than it would about which books inspire and engage modern authors.

Not to mention that the study cuts off, for copyright reasons, with texts from 1952, so despite the academics' belief that the trend inevitably continues on the same trajectory today, that's guesswork. The research also suggests that the sheer volume of books published today is to blame for the decline in the classics' influence because people just can't keep up with all the new stuff so where on earth would they find time to read the old stuff? Again, pretty speculative.

Ultimately, the most accurate way to determine what's influencing today's authors is to ask them. So, let's do that: what books or authors have influenced your writing the most?

It's obviously a bad argument. You can't base influence on a basis of conjunctions and prepositions.

Literary style has changed, including the function we give certain parts of speech. But when it comes down to it, content and structure is very much influenced by classic literature. We are more ruthlessly economical these days. We are expected to cut out a lot of the things that would have been left in back then.

Not to mention, something very important happened to writing between the 1900's and 1950's. Radio drama became popular and television was invented. Those two things have had a huge impact on the way we write. Suddenly a wide variety of voices were being heard. We had to adapt to make things sound true to the ear.

Seriously, is this passes for research these days?

They should have just asked some writers.

I think that's key.  Movies also.  Plus, modernism and post-modernism opened things up tremendously, allowing for the fact that readers can understand what they read even if the sentences aren't grammatically orthodox.

As a writer, you might be deeply influenced by Shakespeare, but odds are, your sentence structure won't reflect that.

I get what they're saying, but language is fluid and so is style. The style of the Victorians isn't the same as Elizabethans, nor should we expect them to sound exactly the same. Styles have become harder to discern with new authors because everything has been done before (more or less) and it is becoming increasingly difficult to craft one's own with this glut of writing. Besides, how many books will you sell writing the way Henry James, or Dryden, or Pope did? Write like Austen. That still seems to sell to no end.

My influences are Hemingway, Bronte sistsers, Dickens, Tolkien, Wordworth, Keats, Shakespeare, Dante, Hughes, Goethe, and on and on...

I'm sure most writers have read at least some classic lit. How much? Well, like the author of this article said, ask.

I've always been fascinated by the way math can explain certain subjects, but literature isn't one of them.  Like using paint-by-numbers techniques to explain Jackson Pollock paintings, it just plain doesn't fit. Along those same lines, I'm for all kinds of scientific research... but their appproach feels like they took the path of:

when they should have tried:

That make sense to anyone?  If not, it was still fun to write out. Either way, it sounds like another case of really intelligent people not taking a step back and making intelligent observations.

My classic influences include: Dickens, Shakespeare, Dante, Poe... all the standards.

I think that times change. Of course a novel published last week will be different from something publlished in 1850. That does not mean that the author of the most recent was not influenced by those literary giants.

My clasical influences are Shakespeare, Bronte, Fitzgerald, Joyce, Hemingway (if you want to call the latter 3 "classical. I consider them to be.)

While I do love my classics; Poe, Dickens, Shakespeare, etc. I do feel that with the current critics, peer review, and the such that it is looked down upon to write like any of the classics. Your theme can be similar, but that is about the end of our leeway. Since I started my journey into writing I have been given loads of advice and the main one was always BE ORIGINAL. Now how am I too be original, maintain the flavor of the past, and still appease the mathematicians? It just isn't going to happen.

When the mathematicians learn a new way to add, subtract, multiply, and divide numbers I will start giving some of their hypothesis a look to see if I agree with it. Until then, they are a bunch of kids with too much time on their hands.