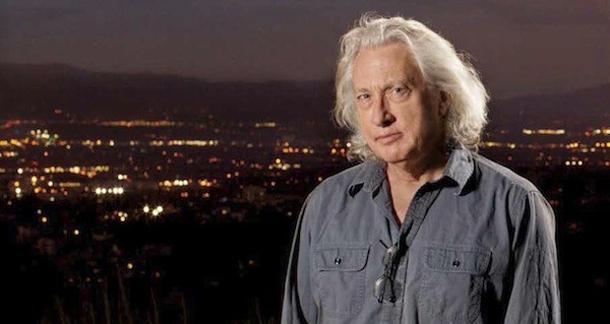 Your favorite author and mine (well, mine at least), Steve Erickson, has a new novel comin out, and advance word is pretty good. It is called Shadowbahn, and Jonathan Lethem had this to say about it in a post on Granta:

It’s my best of the year, but you can’t read it yet...I’ve read every novel he’s ever written and I’ll still never know how he does it; Erickson’s not so much a writer’s writer as a tour-de-forcer’s tour-de-forcer.

The book concerns the reappearance of the Twin Towers... in South Dakota. From the Liepman Ag Literary Agency:

Tens of thousands converge on what one newsmagazine calls the “American Stonehenge,” as strange musical visions manifest themselves in a kind of sonic rorschach. Living alone inside the South Tower is Jesse Garon Presley (who happens to be Elvis’s twin brother) who watches the North Tower for signs of life — when the tower’s “whole point...is its emptiness” — and is haunted by the voice in his head of another America, where his despised, stillborn twin survived in his place and became the most famous singer of all time.

Shadowbahn is currently slated for a February 2017 release from Blue Rider Press.

Who else has a boner right now?