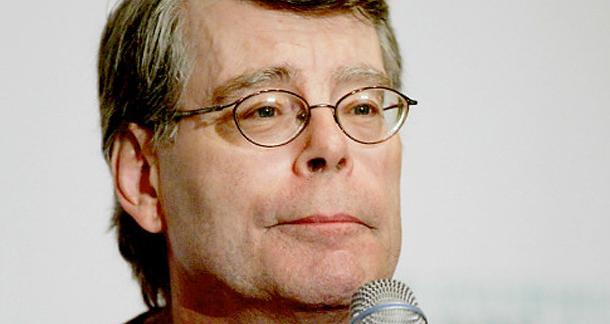 Stephen King's upcoming novel, Joyland, will hit stores next June from Titan imprint Hard Case Crime. The thing is, it's only hitting physical retailers: There will be no eBook version available on the publication date.

In a statement, King said that he "loved the paperbacks" he grew up on, and "folks who want to read it will have to buy the actual book.”

According to Hard Case editor Charles Ardai, Joyland is “a whodunit, it’s a carny novel, it’s a story about growing up and growing old, and about those who don’t get to do either because death comes for them before their time.”

This is a gutsy move. On one hand, they risk losing sales from people who are biased toward their eReaders. On the other hand, it's Stephen King. He's not exactly sweating for name recognition.

What do you folks thing?

I'm with him on the principle of loving tangible books you can feel and smell. On the other hand, those in the world, like me, who have lost a substantial amount of visual accuity, eReaders are peerless when it comes to ease of readability due to their zooming features. So, Stevie, thanks for the nod to traditionalism, but thanks for nothing for not even thinking about those of us who need flexible font sizes.

I think a book needs to be published in any form, digital or on paper, even if the writer prefers to read (as I do) paperbacks. After all, the writer's business is to write and not to decide how to sell the work. But being Stephen King, he can do whatever he wants. :))

Class Facilitator
ReneeAPickup from Southern California is reading Wanderers by Chuck Wendig May 31, 2012 - 11:19am

Class Facilitator
ReneeAPickup from Southern California is reading Wanderers by Chuck Wendig May 31, 2012 - 11:20am

And I disagree that a writer has no business deciding how their work is sold. Especially if they are a household name and marketing isn't going to be an issue.

I wish eBooks would just go away. I mean how lazy do you have to be that you cannot hold a book and turn the page.

The King can afford it, but I even he can't start a movement back in the direction of physical copies only.

Using an e-reader makes us lazy how exactly? Do we not hold our e-readers the same as you hold your book? Or do you think they just float in front of our faces as we turn the pages using telekinesis?
Whether he can afford it or not, Stephen King shouldn't snub his loyal e-reading fans. I've got a large library full of physical books here at home but I prefer my Nook Tablet for my night reading. If you want to hate on anyone, why not hate on the people who don't read at all?

e-readers and their books have no soul. It's just more plastic land-fill trash for gadget-whores. I never have and never will. Long live the King!

I guess he's still bitter about that Internet book he tried to release in paid installments about ten years ago, I think it was called The Plant - anyone remember that experiment?

Perhaps Mr. King sees that format is part of the art of literature, creating a different experience depending on how it's presented? (hardcover, paperback, digital, web, twitter, etc) He has played with format before, and I don't think he really sees it as an either/or, all or nothing issue.

This is just stupid. Reading is the point (right?), not the format. I'd understand if this was in fact som experiment with format, like releasing it only on toilet paper or whatever, but paperback? Come on Stephen, get over yourself.

Moderator
Utah from Fort Worth, TX is reading Lonesome Dove by Larry McMurtry June 1, 2012 - 5:38am

Or do you think they just float in front of our faces as we turn the pages using telekinesis?

Mine does.  It's about fifty bucks for the upgrade, but it's worth it.

This is just unfair. He is denying eReader lovers to have access to his book. Even wrote an article about it. http://nathancampos.me/post/24275634833/stephen-king-and-ebooks

Zackery Olson from Rockford, IL is reading pretty much anything I can get my hands on June 3, 2012 - 6:00pm

I echo Strange Photon's sentiments here. I miss being able to read physical books but it's just not feasible anymore. Audiobooks and eBooks go a long way to making sure I can continue to exercise my voracious apetite for books, and this decision rubs me the wrong way--especially when I've spent quite a bit of money in my life on King's work. I only hope that the book will eventually see either eBook release or audiobook release. Also, King should know better. After all, he has macular degeneration himself.