Stephen King Writes In Favor Of Higher Taxes On The Rich 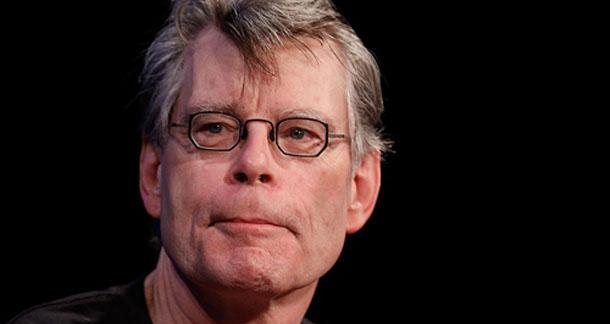 An essay Stephen King wrote for Newsweek's Daily Beast--in which he argues the rich should pay more taxes and excoriates Republican presidential nominee Mitt Romney--is causing no shortage of consternation, on the internet.

In a very vulgar--and very funny--treatise, King doesn't hold back, especially against his detractors:

Tough shit for you guys, because I’m not tired of talking about it. I’ve known rich people, and why not, since I’m one of them? The majority would rather douse their dicks with lighter fluid, strike a match, and dance around singing ‘Disco Inferno’ than pay one more cent in taxes to Uncle Sugar.

And while the post is a great rallying cry for the 99 percent, the 1 percent ain't too thrilled.

How the person that wrote this poorly researched piece of garbage Monday could in any way be related to the genius - yes, I said genius - that totally enthralled and captivated me with 11/23/63 boggles my mind.

What do you folks think about King's diatribe?

I haven't read King in years - I bailed out with "It." However, I'm glad to see him taking this stand. The working class has been getting ripped off by Wall Street forever, to ask for better government services via taxes is a small request.

Except that human nature is not satisfied by simple satisfaction of needs. The issue isn't a left-wing problem or right-wing problem. Neither is capable of fixing it. Unfortunately, any middle ground is flooded by the bickering back and forth.

I would be all for taxing the rich more harshly, but I also think the most likely result is that they lay off employees to keep their profit margin. Giving them tax breaks isn't the answer either, they will hoard the money. I don't have any answers, but neither does King.

That being said, I applaud him for writing it. Ultimately, though, the reason anyone cares is because he is rich and famous. Which I'm sure he is totally aware of, since he made the same sort of allusions to Buffet.

If the rich are taxed more, they'll just find ways to not pay taxes.

Class Facilitator
ReneeAPickup from Southern California is reading Wanderers by Chuck Wendig May 2, 2012 - 8:56am

If the rich are taxed more, they'll just find ways to not pay taxes.

Actually, that is what is already happening, which is why many of the uber rich aren't even paying the 28% King is talking about here. When people talk about taxing the rich more fairly, they are talking about closing the loopholes that allow them to make loads of money without paying income tax.

As for King's article--I agree. I'm not even "baby rich", but I've come from a step above dirt poor to upper middle class, I went from living in fear of a medical emergency to having insurance, I get to sit on my ass at home and try to "make it" as a writer because my immigrant husband has made something of himself in this country. NONE of it. NONE of it at all would have been possible without America. Without tax payers. I had a public education, I ate "free lunch", Husband immigrated and joined the US Military (as did I) and our checks came from "taxpayers", he worked hard to become a citizen (guess who pays all the people working in Immigration??), and the ONLY reason we have health insurance is because of...you guessed it...taxpayers, because he still works for the US Military.

And that is the basis of all this. This backwards, high and mighty feeling that if you have more money than someone, you are BETTER than people who don't have as much. You did something they didn't. To which I say bullshit. A lot of people work hard, pinch every penny, and are still uninsured, and/or live paycheck to paycheck. A lot of people can't afford to cut a check for their kid's college education. LOTS. Many more than ten years ago when I was applying for financial aid. The gap only widens, and then we wonder why Americans can't get ahead?

I deam king an idiot.

People are paying heir own taxes. Whether or not you agree that the rich individuals in the United States should pay more taxes, the truth is that the Internal Revenue Service has allowed a number of tax code loopholes. Through these loopholes, the resourceful can save money by exercising tax exemptions. Because tax rate really declines when annual income exceeds $1.5 million, there's definitely something at work. It's how the rich avoid taxes.