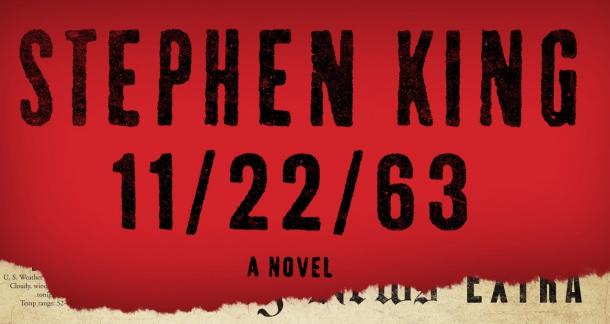 Written by Stephen King, brought to you by J.J. Abrams' Bad Robot Productions, and starring James Franco, the novel 11/22/63 is coming to Hulu as a 9-episode series.

11/22/63 focuses on a teacher who falls into a time portal. Because he ends up in the late 50's, not quite far back enough to answer the classic "Would You Rather?" question about murdering baby Hitler, he decides to stop the assassination of JFK. Kind of the silver medal of time-travel heroism, but it still made for a pretty good book.

Stephen King adaptations are a rough gamble. The highs are high, the lows are low. Is there some way to predict the odds?

The best thing I can think of, a quick glance at three recent projects.

It's impossible to really keep up with this dude, but I don't think it's out of line to say that the last BIG story regarding King was Doctor Sleep, his sequel to The Shining. Which actually panned out and was received well.

His most exciting recent project is The Interview, which was exciting more for the trouble it caused than the movie itself. That's not a slam on the movie. A slam on the movie: I didn't buy Franco as a smarmy, out-of-it Hollywood guy, which is confusing for a lot of reasons.

All put together, combined with the rise of  high-quality Television, it looks like 11/22/63 has a decent shot. What say you?

I like Franco, but he is one of the last people I would think of to play Jake/George. He's not a big guy, and I don't buy him as a well-meaning school teacher with a soft heart who just wants to do the right thing. As much as I like him, seeing his name attached doesn't get me excited about this.

Joshua Chaplinsky from New York is reading a lot more during the quarantine February 13, 2015 - 12:11pm

I feel like James Franco has a twin, but they share one career. How else would he have the time for all this?