Statue of Dickens to be Erected - Over His Dead Body 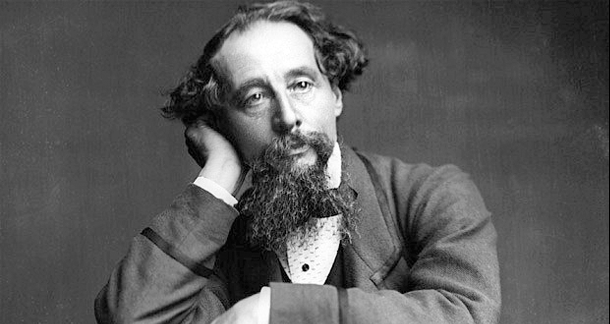 Charles Dickens died in 1870 after suffering a stroke. He had requested an inexpensive funeral and that no memorial be erected in his honor. The author, famous for A Tale of Two Cities, A Christmas Carol and David Copperfield, was instead buried in Poet’s Corner in Westminster Abbey in London.

Until now his desire not to be immortalised in stone or metal has only been ignored once - a bronze, life-size statue stands in Philadelphia, Pennsylvania, erected in 1891. He was also commemorated on the £10 paper note in use between 1992 and 2003.

Scheduled to be unveiled on June 9th in his birthplace of Portsmouth, a new monument by sculptor Martin Jennings will portray Dickens reading in a chair. The monument is backed by members of his family and the Dickens Fellowship, who has been quoted as saying it would "celebrate his ferociously creative, colourful and monumental life."

I don’t know... while Dickens’ books are important to the English language, it seems like the almost $200,000 (£118,000) they’re spending might have been put to a better use than memorialising a writer who didn’t want that kind of recognition.

That said, it’s not as weird as this: a single strand of Dickens’ hair is going on display in a pub in the south of England as part of a “campaign to save the writer’s chalet at Eastgate House in Rochester.” I guess people will collect anything.

Hard to imagine a Dickens is being erected.

SarahElizabeth from Pennsylvania is reading All the Light We Cannot See; Monster January 5, 2013 - 6:11am

I don't know... with the Victorian penchant for hair collecting, it seems sort of appropriate. Weird, yes, but appropriate.