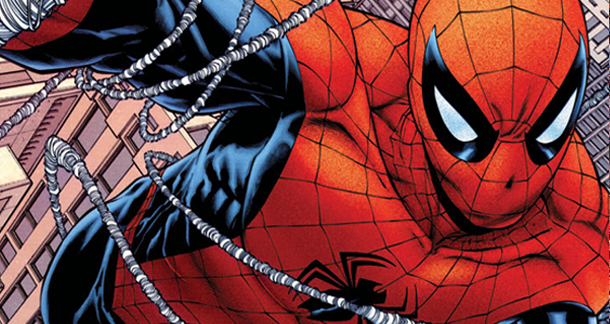 SPOILER ALERT: DO NOT READ UNLESS YOU’VE READ ISSUE #700 (or don’t mind finding out how The Amazing Spider-Man comes to an end).

So, with the last issue of The Amazing Spider-Man (#700) out, the series has come to an end after 50 years. And it looks like the end of the road for Peter Parker as well. Poor schmuck.

A few issues before this, Dr Otto Octavius, better known as Doc Ock, switched bodies with Parker, as he’s getting on a bit and dying, to boot. Dan Slott, author of Amazing Spider-Man, revealed “he has been building up to this moment since the return of Doc Ock in issue #600.”

The coolest thing we could do would be to switch brains with your enemy and let him die in your withered, diseased, dying, battered body. That would be awesome.

Queue evil chuckle. So, poor old Peter Parker isn’t going to make it. Hey, he had a good run, even got some of his wishes to come true in the last few years. It’s time to move on. But fear not, Spider-Man fans, the story will continue, just in a darker vein. Doc Ock as Spidey will be different, but Peter did manage to get some things across to his arch-enemy before the end. And the character will be grappling with the Doc’s "classic egotism and arrogance.”

This will be canon for six months, after which Doc Ock will make a deal with the devil to undo the event, possibly also undoing One More Day.  And the New 52 while he's at it.

Dwayne from Cincinnati, Ohio (suburbs) is reading books that rotate to often to keep this updated December 27, 2012 - 1:57pm

Or such. It won't be the end of the road, just a detour.

It will only stick if the bump in sales doesn't decrease over the months with new issues.

I wonder if Jean Grey will ever come back to life. She was killed in Grant Morrison's X-Men run years ago. Also in the Dark Phoenix Saga long ago, but she came back (and it was revealed that she wasn't the one who actually died). But now her younger self is back through the science of time travel.

Dwayne from Cincinnati, Ohio (suburbs) is reading books that rotate to often to keep this updated December 29, 2012 - 1:36am

And for the record this is stupid. Peter Parker is Spider-Man. It didn't take when Ben Rielly tried, it didn't really take when Miles Morales tried, and it won't take this time.

I thought superman red and blue were supposed to be permanent too.

I thought the issue itself was beautifully written, with worthy artwork to carry it. It's maybe not the most original premise, but a ballsy, intriguing one. I enjoyed #699, as well.

It's nice to pick up a single-issue comic and feel a bit of weight in your hands: something that's gonna take you more than three minutes to read, and has enough story in it to craft an emotional arc that stands on its own just fine.

DC's Batman: Death of the Family (Snyder) is an excellent storyline that I'm really digging, but in my opinion that's something they could do better. Longer issues pack a better punch, more often than not. Hence the growing demand for collection volumes like The Court of Owls, etc., probably.

Dwayne from Cincinnati, Ohio (suburbs) is reading books that rotate to often to keep this updated January 2, 2013 - 12:52pm

Doesn't matter what my opinion is; yours is the only one worth listening to.

Gotcha. Thanks for getting subjective taste down to an exact science.

Dwayne from Cincinnati, Ohio (suburbs) is reading books that rotate to often to keep this updated January 2, 2013 - 2:53pm

Glad you're on board.