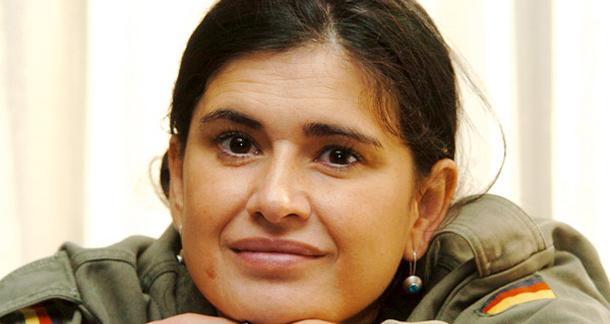 Award-winning Spanish novelist Lucía Etxebarria announced on her Facebook page that she has quit writing (at least for now), because more people are illegally downloading her latest novel than actually paying for it.

The Contents of Silence was published in October, and while her previous works have been best-sellers, this one has tanked. The book, which costs more than €20 (approximately $26), is not available in eBook form, although a PDF of the novel is readily available for illegal download.

After making the announcement, Etxebarria was strongly denounced and ridiculed on Facebook (according to The Guardian, but the posts are in Spanish so I can't read them). Critics are saying that if she was really passionate about writing she wouldn't be concerned with making money (and I'll get to that in a minute).

Meanwhile, Etxebarria is considering only allowing her books to be published in France and Germany, as those countries offer greater copyright protection laws. Spain, apparently, has the most per capita illegal downloads of any country in the world, and Etxebarria says government officials are too afraid to legislate on the issue.

This brings up two interesting points worth discussing.

Etxebarria didn't want to put out an eBook version of her novel because she said it would encourage piracy. But I believe the DRM protection offered by an online retailer, coupled with the lower price point of an eBook, would actually discourage piracy. Thoughts?

Also, while I'll allow that it's melodramatic (and probably untrue) for Etxebarria to say she's going to quit writing, it's ridiculous to say that she should live in a hut and starve so she can write books for people. Yes, good writing is a compulsion, but the reason we get our writing published is so we can continue to feed and shelter ourselves. So we can continue to write.

Etxebarria has won a number of literary prizes--a few of them worth a great deal of money--but just because you have some money lying around doesn't mean you shouldn't be allowed to earn out on your investment of time.

A grown woman having a temper tantrum. Sexy.

Yes, piracy sucks, although anyone with a modicum of intelligence knows that a pirated copy of something does not directly equal a lost sale. Not even close. If I had to put my money on something, I'd say most of the people who wanted to read her book actually bought the book, whereas people who had zero interest beforehand saw/heard they could get it for free and checked it out because they could.

Sure, writers have bills to pay, and should be paid for the entertainment they provide to the public.

But a writer, as far as I'm concerned, is a writer. They write because they love it, or because there is something in them that drives them to put words onto paper. They don't write solely for paychecks.

So while yes, yes it does suck that she didn't get paid for people reading something she put time into writing, to flat out say that you're not going to write anymore because of it just screams hysterical immaturity to me. How a writer manages to survive the cold world of publishing and critics when able to be so perturbed by the actions of others baffles me.

I'm throwing in with Arkadia on this one. Piracy is definitely a problematic issue, but it isn't going away, and it certainly isn't going to be solved by taking the ball and going home.

It's perfectly possible that my attitude toward the issue would be different were I more directly affected by piracy (you know, if people were willing to buy my writing in the first place), but from my current perspective, this strikes me as a knee-jerk micro-tantrum, understandable though it may be.

If she wants to call it quits, more power to her. Maybe it'll make room for those of us who are happy to have an audience, paying or not.

If she wants to call it quits, more power to her. Maybe it'll make room for those of us who are happy to have an audience, paying or not.

Joshua Chaplinsky from New York is reading a lot more during the quarantine December 22, 2011 - 10:19am

I was gonna be sympathetic, but then I saw her Facebook picture. What is she, a 14 year old girl?

Also, when was the last time she published a book? Was it before the advent of the internet? If not, she shouldn't be surprised. Her previous books were bestsellers. Maybe this one is just a turd?

Oh, and she's also been accused of plagiarism. Twice. So there's that.

An interesting and very contemporary dilemma but I can't say her purported solution has much teeth...or will ultimately create a better situation for her. Every artist who creates something that is posted online - be it a book, photography, music, art - is obligated to face the reality of our digital universe and its general ease of theft. It's flawed, it's unwieldy, and to a great extent, uncontrollable. It's the price we pay for the technological advancements of the age but, frankly, the good it gives back clearly outweighs the bad!

I remember back in 2007 when Radiohead decided to give their album away for free (or for whatever donation a fan wanted to make), both as a statement of commercial generosity and sort of a "fuck you" to their former label!:: (http://www.telegraph.co.uk/finance/markets/2816802/Radiohead-to-give-away-new-album.html). Other artists were stunned and there was much frothing discussion about "how will this impact the Zeitgeist on paying for art???") but not only did Radionhead go on making and selling records, but with the help of ITunes, piracy within the music industry lessened and billions were made for the artists involved. The fact is, if someone wants to pirate art, there's little but honesty to stop them. But taking your ball and going home....hmmmmmm.

As a writer who has been paid not enough (so far! :) for my work and yet sees it all the hell all over the internet, as a singer/songwriter who sees my CDs being sold on Amazon by people I don't even know, as a photographer whose images can be downloaded with ease, I've learned that chasing pirates is a sure way to drain your creative energy even more than your pocketbook. You do what you can to thwart it, hire who you need to to intevene when necessary, publish and promote in ways that get your work out there in as protected a format as possible...then you just let it go and get on with the job of creating. The more you create and the more people become acquainted with your work (however that happens), the more likely those paying for your creations will outweigh those who don't. And, face it, nothing from nothing leaves nothing...you can't make money on what you DON'T create so how is that a winning solution?

People want books in digital format; the technology is there and we want to use it. If saving a buck were the issue, then people could still use libraries or borrow from a friend. Perhaps, Etxebarria should stop whining and start listening to what the numbers are telling her. Clearly there is a demand for eBooks, given that some people are willing to pay more for the digital copy than the hard copy, not this person, but some.

SGJ from Midland, Texas (but in Boulder, Colorado, now) is reading weird fiction and horror fiction and science fiction and literary fiction and innovative fiction, or maybe a romance or a western or a magazine on bowhunting or show trucks or anthropology December 22, 2011 - 2:02pm

yeah, I could no more stop writing than I could stop breathing, or watching Rockford Files. I mean, pay me or don't, I'll be over in the corner scribbling away, dreaming myself to some other place for a few pages. it's what I mainline. but of course it is better to get paid. I'm with Ellison on that (http://www.youtube.com/watch?v=mj5IV23g-fE).

too, I've talked with moneymaking publishers who say that, when a title needs a bump, they'll just surreptitiously leak a torrent of it. it almost always leads to a spike in sales. kind of the opposite of what people/writers fear, yes?

and, back in 96, I think it was, in my fiction workshop (I was taking) at FSU, we were all talking about to publish on-line or not to publish on-line, and how easy it makes stuff to steal. but then one of us (Adam Johnson, a good writer, got a book out in Spring) said that wasn't that the greatest compliment, that somebody would go through the trouble to steal your stuff? granted, we were thinking more plagiarism than piracy, but still: I've had people show me books of mine that they've pirated, and I always take it as a compliment. yeah, they've taken money from my pocket. but I've put something of mine in their head. and ideas last longer than money. though you can't pay the checker at WalMart with your good idea, no.

anyway, I do think pirated material can lead to a sort of critical mass, which then gets reflected in actual sales. Cory Doctorow and Kelly Link have already proved all this, though,  haven't they? they give their stuff away, and it sells like crazy. no need to pirate it at all. just read it, then buy it, either as trophy or as artifact or proof, or to come back to again someday.

Dwayne from Cincinnati, Ohio (suburbs) is reading books that rotate to often to keep this updated December 22, 2011 - 3:23pm

I'd say that this is all a well thought out marketing stunt, since now people are talking about that Spanish lady who stopped writing in protest.

They speak Mexican in Spain?

alfielicious from Oslo, Norway is reading The Amazing Adventures of Kavalier and Clay - Michael Chabon December 23, 2011 - 5:32am

Her cause is noble, but the battle has already been lost. I doubt she can stay away from writing, just because people are downloading her work.

I think the subtext is that she's not going to stop writing, she's going to stop giving people she doesn't like the opportunity to read what she writes.  Just as silly, but a little less melodramatic.