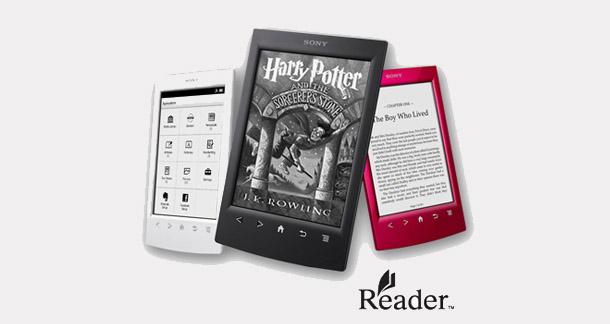 Hey everyone, Sony has released a new eReader: The PRS-T2. Snappy name!

Gizmodo says it's a "perfectly nice, usable reader," but pointed out that it's more expensive than the base models for both the Nook and Kindle, and doesn't offer any extra or unique features to close that price gap.

I feel bad for Sony. It was one of the first companies on the eBook market--its first eReader was released in 2006, and the first Kindle didn't hit for another 14 months after that. Getting to the party early didn't help much, as Sony now makes up a fraction of eBook sales.

But, it's important to have options. Anyone out there own a Sony reader? Anyone interested in picking up this model?

So...the Kindle is half the price and does all the same stuff? Sorry, Sony.

I worked for Borders back when the Sony was hitting the market and they seemed really popular. This was also the Bay area, and I imagine it wasn't indicative of the nation's appetite for Sony ereaders. I remember when Kindle came out, though, and the Sony buyers dropped off the face of the Earth at our store.

I just got a Kindle DX yesterday, and until Sony starts putting out a product that is comparable in price and possibly even better in features, I doubt they'll see any change in their marketshare.

Actually, I worked at Borders in a Maryland suburb around the same time and it was really popular there, too. I read most of my ebooks through my phone because the original ereader I got was the Sony Pocket Edition. I stopped using it because I kept misplacing the charger and wasn't really into ereaders at the time. Now that I am doing most of my reading in digital format, I'll probably dig it out again...and hopefully with the new EReader coming out they'll pump some more content into their store.