eBooks are Selling More Copies All the Time, But Who’s Getting the Money? 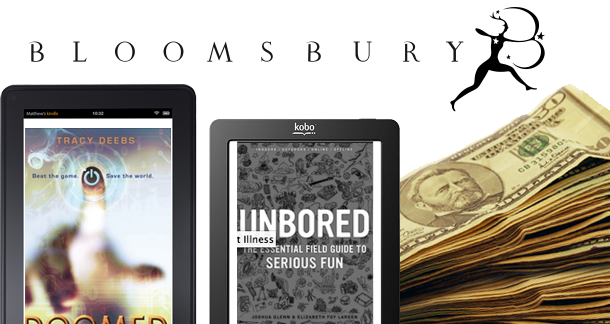 We all know eBooks are doing well — it’s hard to avoid the fact, particularly if you’re an avid reader (and who hasn’t got at least one device capable of reading eBooks hanging around?). Well, a number of publishers have announced improved financial results on the back of it, Bloomsbury being the latest.

“…lower relative costs of production in the new digital environment” were among the factors that improved its profitability in the months leading up to Christmas.

This also raises the question as to whether publishers are costing eBooks realistically — I guess the proof is in the market: if people are willing to pay, then the market will obviously bear the cost (although a lot of people won’t pay full price for an eBook, particularly when it costs more than a paper copy). But I do wonder if they’re taking into account the costs they normally bring up when agents or authors try to negotiate a larger share of the pie: fighting electronic piracy and the various legal fees involved in the process, as well as the legalities involved in setting up new commercial arrangements, not to mention the amount of investment converting backlists into various formats and production of new digital content.

If those costs are accounted for, why aren’t authors getting a fairer share of the money publishers are smiling about? I’ve been hearing a lot of rumors of authors negotiating better deals on their eBooks — or better yet, retaining full rights to them — but it’s obviously not being applied across the board. Should authors get a bigger cut?