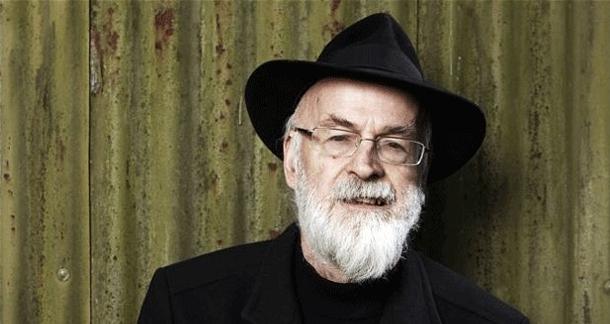 Image via The Badger Online

The recent death of Terry Pratchett has rocked the literary community. Twitter is abuzz with condolences and remembrances from fans and fellow authors alike. Perhaps the most notable outcome, however, happened within the 24 hours following Pratchett’s passing, reports The Guardian. An amazing £28,000 (over $41K in U.S. dollars) was raised within that short period of time for an Alzheimer’s charity.

Sir Terry Pratchett’s struggle with Alzheimer’s was well known to his fans. This was perhaps why his publicist, Lynsey Dalladay, petitioned the public for donations to The Research Institute for the Care of Older People (RICE). As described on the JustGiving fundraising website, the national charity is based in Bath. “We provide services and support for people with Alzheimer’s disease and other memory problems,” the foundation’s mission states, going on to mention vital research is another aspect of the charity’s overall purpose.

By lunchtime on the Friday following Pratchett’s death, Dalladay’s page had seen donations from over 1,600 individuals. By now, the site has raised over £37,000 coming from over 2,000 people. The deceased author’s family, along with his assistant Rob Wilkins, handpicked the charity. RICE had provided care for Pratchett since 2008.

As the monetary love from fans started to pour in, Dalladay made a statement:

The outpouring of love for Terry and his books has been completely amazing and we’re all overwhelmed. It is completely heartbreaking to think Terry is no longer here; he was such a force in all our lives.

If you’d like to consider donating to RICE in honor of Sir Terry Pratchett’s passing, please visit the JustGiving fundraising page.