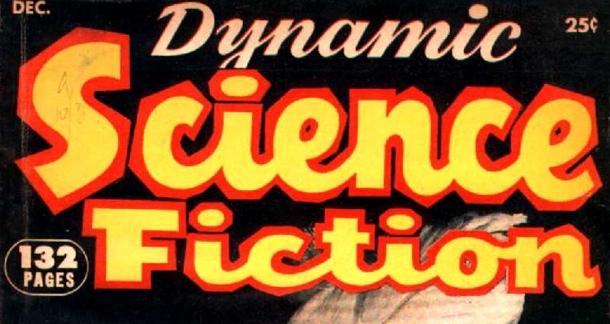 Vintage Sci-Fi books are like planets—we know they're out there and we know some of them are absolutely incredible, but we don't know exactly how many and we definitely can't get to most of them. Think of new Brooklyn-based bookshop Singularity & Co. as a noble, adventuresome astronaut, combing the universe to bring back digital images of rare and mysterious wonders.

Singularity & Co. will find Sci-Fi works that are out-of-print, out-of-circulation, and unavailable in any digital format then allow supporters to vote at SaveTheSciFi.com to decide which books will be digitized and rescued from obscurity. S&Co. founders will track down the copyright holders or authors, acquire or clear the copyrights, then create digital DRM-free eBooks that will be available for low or no cost. The digital versions will be published online and in a format that's compatible with all major distribution platforms, with the goal of making the books accessible to a new generation. Cofounder Ash Kalb says that right now, "these books may never be seen in the future imagined in their pages. That’s just not right."

This is part adventure, part detective story, and part story about the intersection of the past and the future.  So as we dig into a particular book, and pull on the various threads that we need to make sure we can share it without taking something that isn't ours, [and] we end up uncovering the story of that book.  That means that as part of each release, we plan on sharing that story, telling you what we learn about the book, its author, its history, and the adventure we had bringing it to you.

Once they have the methodology down, they'll share what they've learned so that Sci-Fi books aren't the only books to be rescued. Singularity & Co. is funded by a Kickstarter that raised $52,276 of its $15,000 goal with supportive mentions from authors such as Neil Gaiman (what doesn't the man do?!) and Ken McLeod.

What do you think of the project?