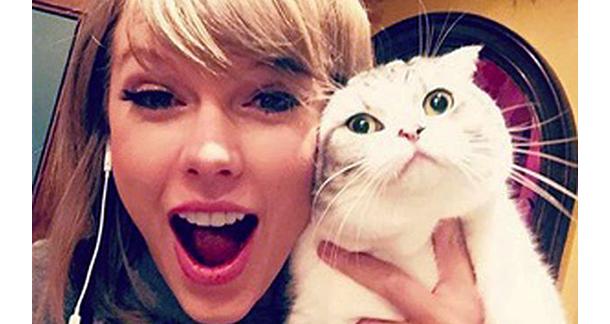 It has been announced that Simon & Schuster will publish a crowdsourced book on the insanely popular singer Taylor Swift, hopefully with the help of her many zealous fans.

On Sunday the publisher announced that it will hold a contest to name the oversized and illustrated volume that will have a sort of scrapbook feel. Taylor Swift fans can go to SwiftFanBook.com to submit photos and art celebrating the artist. The winning title will earn the creator $2,500, so now’s the time to start brainstorming your best clever Taylor Swift witticisms.

Billboard.com reports that Simon & Schuster is also looking for “one super-Swiftie” to serve as an “honorary author.” If you’re an especially passionate fan, you can upload a video to secure your chance at the $10,000 prize and a chance to have your name on the book jacket.

With an October 24, 2016 release date, the Taylor Swift book will coincide with the 10-year anniversary of the release of her first album, Taylor Swift. Sounds like one heck on an anniversary present.

Are you Taylor Swift’s biggest fan? Or maybe you have the perfect Taylor Swift book title just hanging around? Well, now’s the time to share it with Simon & Schuster and secure your chance at fame (or “Super-Swiftie” status).

Joshua Chaplinsky from New York is reading a lot more during the quarantine December 15, 2015 - 8:17am

That cat pleads for death.

Community Manager
helpfulsnowman from Colorado is reading But What If We're Wrong? by Chuck Klosterman December 15, 2015 - 11:33am

If the book is titled Hellmouth Ever Aching for Sustenance, you can all thank me. I took the time to fill out that damned form and now am probably signed up for 8 TSwift newsletters, but it was worth it.

I'm so glad I'm the only who hated this thing.

Apparently why write fiction anymore, when you can't write 'celebrity biographies.' At least Mara writes her own shit.

Her fans will get lots of enjoyment with take of this news that also bring new book for them with some new realities. Forget about taking of tension of writings and use boomessays review essayuniverse for writing of your best works.

thanks to this dog feeders your website is good.