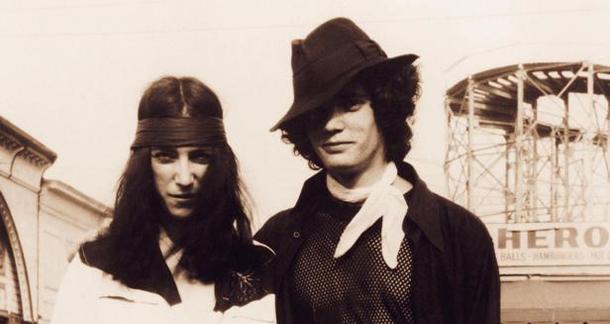 Just Kids, the memoir of the infamous Patti Smith—singer and songwriter extraordinaire—will be adapted into a miniseries by Showtime, reports Flavorwire.

The announcement came out of the 2015 Television Critics Association press tour. Smith herself will produce and co-write the series alongside John Logan, showrunner of Penny Dreadful. For those who haven’t read the 2010 memoir, the narrative recounts her experience in New York City with Robert Mapplethorpe, a talented photographer with whom she had a passionate relationship.

The series has not yet cast the lead roles or set a release date, but Smith still had a lot to talk about in the press release, stating that “a limited series on SHOWTIME will allow us to explore the characters more deeply, enabling us to develop stories beyond the book and allow a measure of unorthodox presentation.” She went on to add, “The medium of a television limited series offers narrative freedom and a chance to expand upon the themes of the book.”

For those who can’t get enough of Patti Smith’s first memoir, the follow-up novel, M Train, will be released on October 6th. Will you be reading/watching?