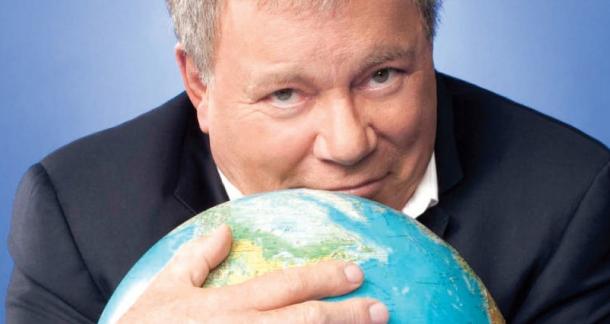 William Shatner, best known for...at this point, possibly Star Trek, possibly being a Priceline advertising character, or possibly for sparking a lot of conversations along the lines of "What's happening with that guy's hair?", has announced a deal with LNL Partners to create his own line of comics.

Most of the comics will be written and/or conceived by Shatner himself, however Stan Lee has signed on to put out at least one graphic novel.

The name of this new line might be the best part: Shatner Singularity.

The full list of forthcoming Shatner Singularity titles will be announced on November 1st.

Leonard: My Fifty-Year Friendship with a Remarkable Man