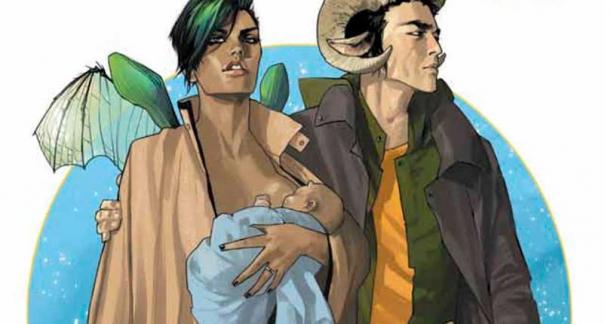 The 2014 Eisner Award winners were announced at San Diego Comiic Con this past weekend. The winners and nominees provided an excellent snapshot of just what a great year it's been for comics and fans alike.

The awards, named for artist and writer Will Eisner, have run steadily since the late 1980's. It's certainly amongst the most significant awards in comics, and the Eisners are often considered the Academy Awards of the industry.

Saga won best on-going series, in addition to its writer, Brian K. Vaughn, and head artist, Fiona Staples, taking home individual prizes as well. Darwyn Cooke's re-creation of Richard Stark's Parker novels took home two Eisners, one for best adaptation and one for best lettering. Sure, lettering might be the comic book equivalent of the Academy Award for Best Sound Mixing, but this is a series that is not to be missed.

One could make a solid argument that there are certain types of movies that tend to be "Oscar Movies" and that the Eisners can be similar. Superhero comics, which are still a major force in the comics world, are usually underrepresented at the Eisners. There were several nominess from the big-name superhero books in the Best Writer category and Best Cover Artist Category. However, all that aside, there are many, many shining lights in the Eisners, and the winners always make for a great to-read list.

Read anything this year that you'd put up there? I enjoyed Superior Spider-Man on a giddy fanboy level not experienced in years, and Manhattan Projects is a book I can't stop thinking about.

It's going to be hard to get past Saga for the next few awards cycles, though who knows; in general the Eisners are a lot harder to predict than the Oscars because they constantly vacillate between indie and superhero. In the last ten or so years, Daredevil, Astonishing X-Men, and All-Star Superman have all won "Best Continuing Series," but so have 100 Bullets, Chew, The Goon, Y: The Last Man, and The Walking Dead. Daredevil and All-Star Superman both won twice, but so did 100 Bullets and now Saga.

Joshua Chaplinsky from New York is reading a lot more during the quarantine July 30, 2014 - 6:53am