Sequel To Rowling's 'The Cuckoo's Calling' Coming In June 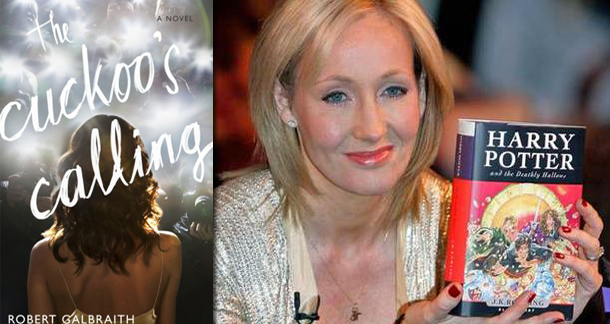 Although we've covered it before, let's rehash the story. Last year, J.K. Rowling published a novel, The Cuckoo's Calling, under the guise of an ex-military father of two named Robert Galbraith. When the novel's true authorship was revealed (to Rowling's apparent disappointment), the book spiked to the top of Amazon's bestseller lists and probably made some small book stores with autographed copies very happy.

Well, if you enjoyed the book, Robert Galbraith returns this year with the sequel, titled The Silkworm. Check out the synopsis:

When novelist Owen Quine goes missing, his wife calls in private detective Cormoran Strike. At first, Mrs. Quine just thinks her husband has gone off by himself for a few days—as he has done before—and she wants Strike to find him and bring him home.

But as Strike investigates, it becomes clear that there is more to Quine’s disappearance than his wife realizes. The novelist has just completed a manuscript featuring poisonous pen-portraits of almost everyone he knows. If the novel were to be published, it would ruin lives—meaning that there are a lot of people who might want him silenced.

When Quine is found brutally murdered under bizarre circumstances, it becomes a race against time to understand the motivation of a ruthless killer, a killer unlike any Strike has encountered before…

There's not too much more information out there right now, except that the book will be released on June 19th in the UK and June 24th in the US. I don't think that means that it's only being released in those two countries, but I also can't say that's not what it means.

I'm not much of a mystery reader, so I haven't gotten around to The Cuckoo's Calling yet, but for those who have read it, are you excited by the sequel? Rowling has shown herself to handle multi-book storylines with some talent in the past, after all. What do you think?

I guess there are drawbacks to trade publication and pen names.:/ But at least she hasn't stopped writing under it.