Scottish Author Iain Banks Dies at the Age of 59 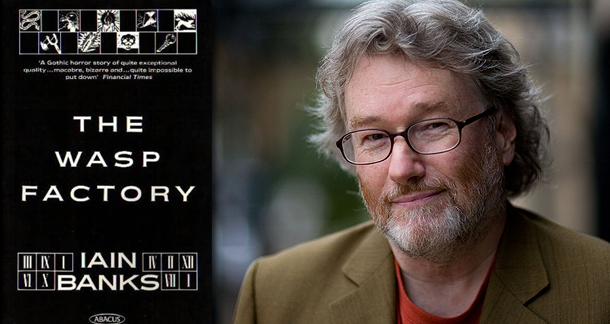 Well that sucks. In April, Scottish author Iain Banks announced he had cancer. The post on his official website started with a dose of his trademark black humour: “I am officially Very Poorly”. Yesterday, just two months later, his death was announced by his wife Adele, who Banks had just married, quipping that he’d asked her to do him the honor “of becoming my widow”.

I had the privilege to meet him a number of times over the years—mostly at signings—and I have to agree with a lot of the other people writing tributes: he was a genuinely friendly bloke as well as an amazingly talented writer of both ‘mainstream’ fiction and science fiction. I’ve read a lot of his work over the years (I own most of his books, I just haven’t read them all yet) and the attention to detail and the anger at injustice he brought to his writing are two of the many things I appreciate about it. I also agree with Charles Stross, who’s tribute talks about his science fiction:

He was intensely political, and he infused his science fiction with a conviction that a future was possible in which people could live better—he brought to the task an angry, compassionate, humane voice that single-handedly drowned out the privileged nerd chorus of the technocrat/libertarian fringe and in doing so managed to write a far-future space operatic universe that sane human beings would actually want to live in (if only it existed).

His ability to draw the reader in, regardless of genre, was probably one of his greatest talents. The Wasp Factory, his first novel published in 1984, blew my mind—a book that came out of the slush pile! There are few books I can tell you exactly where I was when I read them, but The Wasp Factory is one of them. It was early 1990 and a sunny day in Edinburgh where I was living at the time. I had never read anything like it. It is one of the reasons I write.

In 1983, he made a shortlist of Best of Young British Novelists, put together by literary magazine and publisher Granta, that included people like Kazuo Ishiguro, Martin Amis, Salman Rushdie, Rose Tremain A.N. Wilson and Pat Barker. Interestingly, he made the list again in 1993. Banks didn’t win a lot of awards over the years (lots of nominations), but he has influenced a great many people, including fellow Scots Val McDermid, Irvine Welsh and Ian Rankin, not to mention Neil Gaiman, who said in a tribute yesterday:

His last novel, The Quarry is out on June 25th.

The player of games was ace.

That's one of my favourits, Dave - probably time to read it again!