Salman Rushdie Releases His Memoir, The Bounty On His Head Increases To $3.3 Million 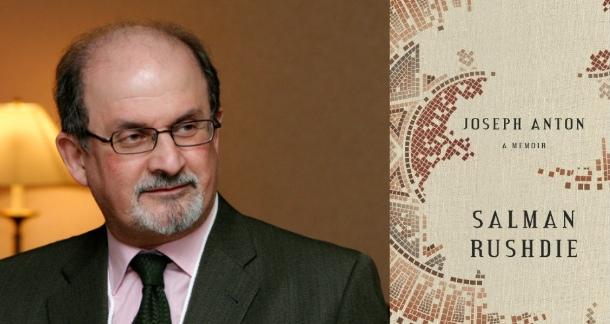 Salman Rushdie had nothing to do with the controversial Innocence Of Muslims video that has caused rioting and violence in Libya, Egypt, and throughout the Muslim world. In fact, he told The Guardian the film is a "malevolent piece of garbage," but that didn't stop extremists from taking their anger out on him—their logic being that his 1988 novel The Satanic Verses set the precedent for all things that insult the prophet Muhammad. In response to the film, a spokesman for an Iranian religious foundation said, "I am adding another $500,000 to the reward for killing Salman Rushdie, and anyone who carries out this sentence will receive the whole amount immediately."

Iranian leader Ayatollah Ruhollah Khomeini issued a fatwā for Rushdie's death in 1989 after deciding that The Satanic Verses was offensive and disrespectful to the prophet Muhammad. Bookstores carrying the book were fire-bombed, hundreds died in protests, the UK and Iran broke diplomatic relations, Rushdie's Japanese editor was murdered, his Norwegian publisher was shot, his Italian translator stabbed. He went into hiding, drove an armored car, traveled with guards, and began using the pseudonym Joseph Anton (after his literary heroes Joseph Conrad and Anton Chekhov).

As of 1998, Iranian authorities said the fatwā was no longer being pursued, but it seems the extremists didn't get the memo and some say the only one who can withdraw it is the one who issued it, which is a problem because that guy's been dead since June of 1989. The increased bounty brings the total price on Rushdie's head to $3.3 million, but after what he's been through, it's not easy to ruffle the author. "I'm not inclined to magnify this ugly bit of headline grabbing by paying it much attention," he told the Los Angeles Times. Rushdie has not only come out of exile but become quite the socialite in recent years.

His 656-page memoir, Joseph Anton, recounts his life in hiding and is released today. Are you planning to read it?

Dino Parenti from Los Angeles is reading Everything He Gets His Hands On September 18, 2012 - 4:02pm

Absolutely. If anyone hasn't read them yet, there's a collection called The Rushdie Letters, where a bunch of top world authors (off the top of my head: Margaret Atwood, Kazuo Ishiguro, Norman Mailer, Tom Stoppard...) sign off on the travesty of this sick, violent act of censorship in the form of letters addressed to Rushdie himself while he was in hiding. They do the situation more justice than any government did.

Will put this on my reading list. Thanks for sharing!

Salman Rushdie is one of the most brilliant writers of our time, and it's sad that so many people are set against him because of their ignorance. This is a book I'd like to read.

I watched his interview on The Daily Show, and I am interested in his memoir. It's an interesting story and its the type of thing writers in Western culture don't really even think of as a possibility--death for their books. Very strange and very interesting.