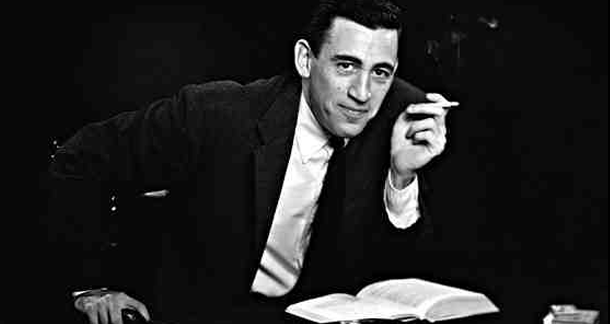 Focused on Salinger’s life between World War II, where he saw active service, and publication of The Catcher in the Rye in 1951, the film will “examine the effects war can have on an artist”. The Weinstein Company said in a statement:

The company has long been extremely interested in Salerno’s extensive research on the renowned author and feels the material will make for an incredible live action narrative.

Salerno will be writing the screenplay (something he knows how to do, obviously). It’ll be interesting to see how he deals with a feature film version of the material.

TWC Co-Chairman Harvey Weinstein said in a statement: “Shane has created an amazing documentary about one of the most beloved but enigmatic literary figures of our time. We are glad he was able to take the opportunity to add fantastic new footage. We greatly look forward to sharing the new edition with audiences and developing a Salinger feature with him.”

Enough said. With all the attention on Salinger at the moment, I’d say it’s time to strike while the iron’s hot, wouldn’t you?

Who do you think would make a good Salinger?

Several names of well known and talented actors come to mind. However, I think this project calls for a new comer. I'm thinking an experienced stage actor would have the best shot at pulling it off.

Joshua Chaplinsky from New York is reading a lot more during the quarantine September 19, 2013 - 7:33am

It's hard to judge, because what do we really know about Salinger as a person? Anyone who plays him would have no reference, they'd be creating a character from scratch.

That being said, someone on FB suggested Mathew Goode or Joaquin Phoenix. Both good choices in my opinion.

I agree, Joaquin Phoenix would be a good choice.