Sales of 1984 Skyrocket in Wake of NSA Surveillance Scandal 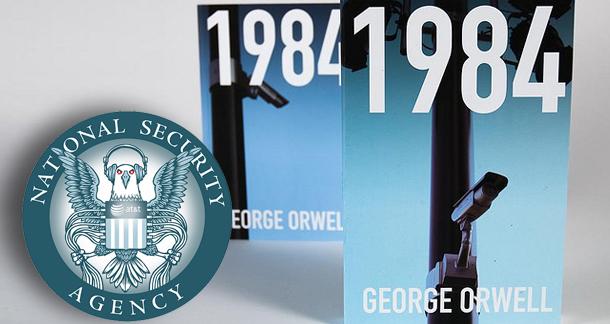 Since last week, when news that the National Security Administration (NSA) had broad access to everyday citizen's email, Google search results, and even smartphone data, sales of George Orwell's 1984 have increased significantly, The Huffington Post reports. This truly timeless—as it turns out—tale about deadly government insinuation, surveillance, and thought control is apparently the most important summer read, given the current circumstances (Big Brother is watching them).

Amazon's Movers & Shakers page proves this: several editions of Orwell's novel have skyrocketed in sales. As of this writing, the Centennial Edition is currently sitting at position 16 with an increase of 169%. Just under that is the Signet Classics edition at 17, with an increase of 163%.

The parallels between art and fiction aside, the increased interest in 1984 may stem from President Obama's referencing the book in a speech shortly after the scandal broke:

In the abstract, you can complain about Big Brother and how this is a potential program run amok, but when you actually look at the details, then I think we've struck the right balance.

People just want to find out what Big Brother is really all about, I suppose, though if they're reading the book to alleviate their fears, they're going to be disappointed. That book is downright scary.

Are you interested in picking up 1984 in the wake of the NSA scandal? Is that where this country is headed?

eirikodin from Auburn, NY is reading Mediterranean Caper by Clive Cussler June 13, 2013 - 8:44am

Has the government deleted any unneeded words since the last edition?