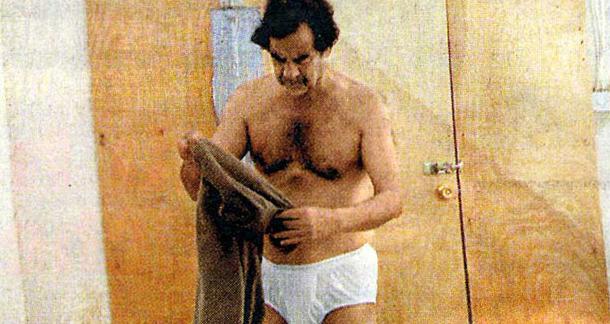 Hussein's former attorney, Khalil al-Dulaimi, published a book in 2009 about the Iraqi president (Saddam Hussein Out of US Prison: What Happened?, apparently not available on Amazon). That book was based on their conversations, but it seems Raghad's book will be a bit more definitive--she claims these memoirs were written by Hussein himself.

Raghad is currently seeking an international publishing company to release the book, so it's not like we know when it's landing, but I'd be shocked if someone didn't pick this up. Depending on the content it could be this generation's Mein Kampf. And, yes, there's a huge value to these kinds of books being published. Know thy enemy, and all that.

The Iraqi president, whom many stupidly believed was behind the 9/11 attacks (except he wasn't, at all), was captured by American troops in 2003 and executed three years later.