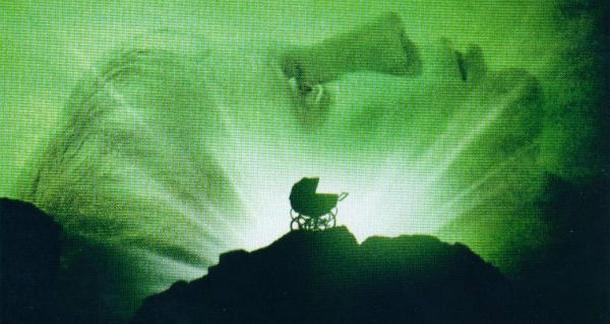 Let's face the ugly truth: horror has a bad reputation with those who judge what's artistically important. I don't think it's fair, and I'm sure many of you will agree that well-written horror has a very important place in our media. If the point of art is to evoke emotion, to allow us to experience and learn indirectly, safe from home, then horror perhaps is more important in this regard than many other genres. It's easy to experience heartbreak and love, and perhaps even adventure. But how could we ever feel the terror of being entombed in a wine cellar or stalked by a killer clown without the horror classics?

Perhaps that's why Rosemary's Baby is important to those of us who love horror stories. Not only is it one of the greats, but it's recognized as a great story by those outside of our establishment. The 1968 film adaptation of the book has won numerous awards, and currently holds a 98% rating on Rotten Tomatoes. Not bad for a horror flick, huh?

It's not surprising, then, that NBC is seeking to bring the story to television. It's being reported that the remake will be based more off of the book than Roman Polanski's film adaptation, and take place in Paris rather than New York.

Like Levin’s original book and the film it inspired, NBC’s Rosemary’s Baby will center around a couple who moves into an apartment housed in a building with some unsavory history. When the wife gets pregnant, she begins to suspect that her husband and their neighbors have ulterior motives regarding the child.

I think it's safe to assume that the hate comments will be flowing freely about the internet in response to this news, but I feel I must remind everyone of one thing. Michael Bay was at one time planning on bring his own special flavor to a Rosemary's Baby resurrection, but it fell through, likely when Bay realized that he wouldn't be allowed to make the baby explode at the end. You can decide for yourself whether or not that's a bad thing.

Writing Horror Without the Blood

From what I understand about the Michael Bay version, and I may be wrong, but he got several writers together to bring something new to the table for Rosemary's Baby, and none of them could deliver. Levin constructed the PERFECT novel, one that is hard to top plotwise. Every piece fits in sync, with multiple levels of connection you just don't find in most Horror fiction, or any fiction, today.

Seriously, what does NBC expect to do with this that Polanski didn't do better? I'll watch it just to cringe.

Joshua Chaplinsky from New York is reading a lot more during the quarantine December 13, 2013 - 7:01am

I'm not necessarily a remake hater, but I have no desire for this whatsoever.

Seems like cultists are the latest horror trope to blow up. They are everywhere.

"Haunted" house? Wrong: "demon-tainted" house. Oops, the neighbors are cultists. That describes about half the new horror films I saw this year.