Romanian Convicts Write Their Way Out Of Prison 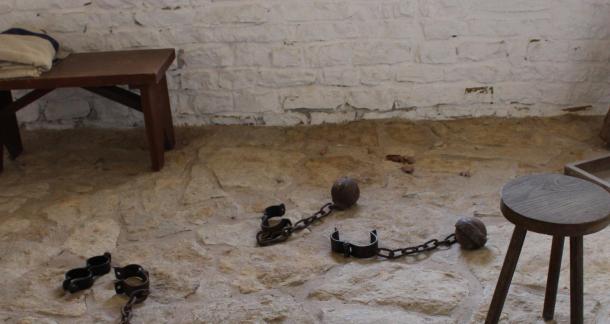 Romania has a way for prisoners to get out of jail, and it's a lot less harrowing than crawling through a sewer pipe.

An unusual Romanian law allows for a 30-day reduction of a prison sentence for every scientific work a prisoner publishes. It's a well-intentioned law, written during the communist era and allowing for prisoners to do something other than manual labor to reduce their sentences. However, the recent Joyce-Carol-Oates level of book output suggests that this law is being abused.

For decades, a few books would come out of the Romanian prison system each year. Then, in 2014, 90 books were published by prisoners. In 2015, 340 different titles were published, and many of them in record time. A 212-page book was supposedly written by a prisoner over the span of  seven hours, and a 180-pager was written in 12 hours. Take that, James Patterson.

What we are seeing ... is the result of high-level people ending up in jail. These very powerful people are also rich and they can afford to have high-quality counsel, lawyers who teach them how to use the legislation...The quality of the work is poor, and some are bluntly copied.

Indeed, a football club owner who was serving time recently admitted that he did not write the four books he published in order to reduce his sentence.

There are those who feel the program is valuable, and many have published legitimate works while imprisoned. A journalist and former senator took advantage of the program, writing books about Romanian politics, a subject on which he now teaches classes.

An artist, who claims she was wrongly convicted and is appealing her sentencing, also found value in the program. She said it's a good option for well-educated prisoners.

As a person who was active, I wanted to do something so as not to waste my time.

What do you guys think?

Locked Up: Books For My Father

I'm a Romanian. Our TV news are filled with rich convicts that can barely write ten words without making a mistake, publiishing ten or twelve books per year. It's disgusting, to be honest. Their works have no literary or scientific value whatsoever. Books about the religious practices of some obscure monastery, books about the economic implications of managing a football team in the '90s.

But the law has gotten quite te media attention lately and the Romanian Anticoruption Department started taking a look at these titles. So the law might be changed, since some of these people couldn't prove they actually wrote those books. One inmate is said to have completed a 200 page novel in 10 hours (given the time he was allowed to study and write). So law enforcement officers started digging deeper and are proposing changes to the aforementioned law.

Joshua Chaplinsky from New York is reading a lot more during the quarantine January 26, 2016 - 8:12am

books about the economic implications of managing a football team in the '90s.

Hahaha. Too funny. Thanks for the insight!

Community Manager
helpfulsnowman from Colorado is reading But What If We're Wrong? by Chuck Klosterman January 26, 2016 - 11:23am

The Economic Implications of Managing A Football Team in the 90's (Volume I):

I managed this football team. This was a money-making thing, and I made said money. Sure, not as much as I would have liked, but still, pretty good. Anyway, that's about it. Check the last pages for references such as a receipt from a fairly fancy restaurant.