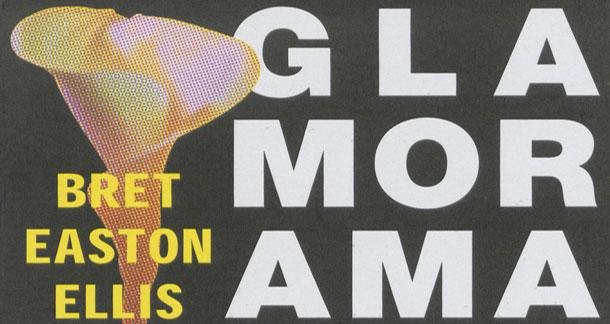 Bret Easton Ellis, one of our favorite literary jerks, just dropped this tasty little nugget via his Facebook and Twitter:

Just finished reading Roger Avary's adaptation of "Glamorama" which he will direct next year. Hilarious, horrific, sad. He's a mad genius. And if he can get away with the sex scenes: it's as hot as fucking hell...

In my opinion, Avary's Rules of Attraction is the best of the Ellis adaptations, so this is good news indeed. But I agree with the commenters- I'll believe it when I see it. Avary has owned the rights for years, and according to an interview Ellis gave way back in 2005, "Getting the money is tough... because it's about an American who has committed terrorist acts in Europe." It's also a sprawling, meta-narrative full of graphic sex and violence that is sure to cost a bundle.

This seems like something Ellis would have tweeted six years ago, had Twitter been around. So what's the deal? Is this a time traveling tweet sent from the past? Is Ellis fucking with us? Looking forward to the bloody, bisexual madness, if it ever happens.

This has been way too long in the making.  Glad to finally see some movement on it.

Keith from Phoenix, AZ is reading Growing Up Dead in Texas by Stephen Graham Jones October 13, 2011 - 9:14am

It would be amazing to see it happen, but I can see financing being a HUGE issue.

Joshua Chaplinsky from New York is reading a lot more during the quarantine October 13, 2011 - 9:29am

Get a goddamn profile picture, Keith! :)

After the disaster that was the Informers it is imperative they get the right man on this, and Avary is without question that man.

Joshua Chaplinsky from New York is reading a lot more during the quarantine October 13, 2011 - 2:00pm

Hetch Litman from Somewhere in the mountains of the Pacific Northwest is reading The Violent Bear it Away by Flannery O'Connor December 1, 2011 - 12:15am

There really needs to be a reply button. This is just starting to annoy me at this point.