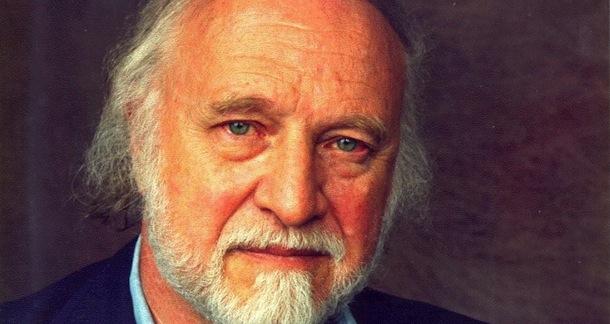 Sad news in the world of books: Richard Matheson, the extraordinary sci-fi and horror author, has passed away after battling a long term illness.

If the name doesn't ring a bell, surely his vast body of work will. Matheson might be most famous for his novel I Am Legend, about the last living man on earth keeping himself safe from a horde of vampires that rule nighttime Los Angeles. The book was adapted to the screen three times, first by Matheson himself as The Last Man on Earth, starring Vincent Price; second as The Omega Man, starring Charlton Heston; and finally as I Am Legend, starring Will Smith. Matheson's other notable novels are The Shrinking Man (filmed as The Incredible Shrinking Man), A Stir of Echoes (filmed in 1999), and What Dreams May Come (filmed in 1998). He wrote countless short stories, including "Duel," which would ultimately become Steven Spielberg's first movie.

Matheson's film credits aren't limited to adaptations of his literary works, either. He penned several episodes of The Twilight Zone, including two classics starring William Shatner: "Nightmare at 20,000 Feet" and "Nick of Time," both dealing with themes of paranoia and the flimsy nature of human trust. He adapted Poe tales House of Usher, The Pit and The Pendulum, and The Raven for Roger Corman, as well as Dennis Wheatley's The Devil Rides Out, a Hammer Studios gem from 1968. Check out his IMDB page for a full and impressive list of his film and TV accomplishments.

Numerous writers have celebrated Matheson. Stephen King, in his book On Writing, called him "the author who influenced me most." His screenplay for the The Last Man on Earth featured slow, shambling vampires with dark, sunken eyes and pale skin—an image that inspired George Romero's now iconic zombies in Night of the Living Dead. USA Today also cites Anne Rice and X-Files creator Chris Carter being among those inspired by this amazing author.

On his approach to writing, Matheson said this to Cemetery Dance (via i09):

Pretty much the main character is always me. The man in I Am Legend is me. The man in The Shrinking Man, that’s me. Stir Of Echos, that’s me. What Dreams May Come, me. ... When I’m writing, especially when I’m writing in first person, I don’t think about the characterization, or how they are going to express themselves, I just express my own approach to these things. I think most writers can never divorce themselves from their private lives and personas; they are the ones that are writing. And the more they remove themselves from their own persona, the more, perhaps, mechanical the work becomes.

Matheson was 87 years old. He will be missed.

Discovered Matheson through late night TWILIGHT ZONE broadcasts, then the release of the film of WHAT DREAMS MAY COME, which is a particular story that really has stuck with me ever since.

I can still picture his credit in black-and-white over some ominus Bernard Herman strings...