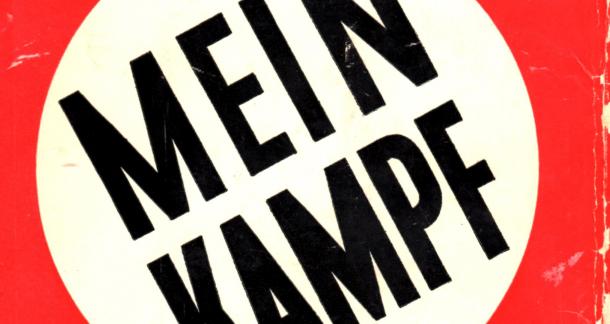 On January 1st, 2016, the Bavarian copyright on Hitler's Mein Kampf will expire, which means it could be open season on publishing, reprints, and new editions in Germany.

The publication rights for Mein Kampf passed to Bavarian authorities at the end of World War II, and ever since they've limited the publication of the book, only allowing it under special circumstances. However, in less than a year, that control will be lost.

It's a control that has already been lessened. Mein Kampf eBook sales have been somewhat brisk recently. In fact, several eBook editions surged to the top of sales charts at the beginning of last year. Journalist Chris Faraone attributed the change to the ability of readers to satisfy their curiosity on an iPad or Kindle:

...much like what's happened with sleazy romance novels, which surveys show are increasingly consumed in more clandestine e-form.

The fear amongst some is the release of new, sympathetic or distorted editions. For example, the possibility of a deluge of neo-Nazi editions of Mein Kampf that may paint Hitler in a different light or remove context entirely.

The Institute for Contemporary History in Munich plans to strike first. They've got an edition in the works that includes commentary throughout, commentary that will point out the untruths and twisted portions of the book.This authoritative version would be "commercially unattractive", academic, and seek to clear up confusion about the text.

U.S. readers are probably saying, "Wait, I can get this right now? What gives?"

It's a bit complicated, but here's what happened according to a thorough article on Mental Floss:

Hitler copyrighted Mein Kampf in 1925, however at that point he had renounced his Austrian citizenship and was "a stateless German." Therefore, U.S. publishers argued that his copyright was invalid. A short legal battle ensued, and publisher Houghton Mifflin came out holding the rights to publish in the U.S.

During WWII, the U.S. created the Trading with the Enemy Act, which basically meant the U.S. government could take all the profits from sales of Mein Kampf. Houghton Mifflin bought the rights back from the U.S. government in 1979, and they claimed all profits were donated back to various charities.