'Rebel in the Rye' has found its Salinger in Nicholas Hoult 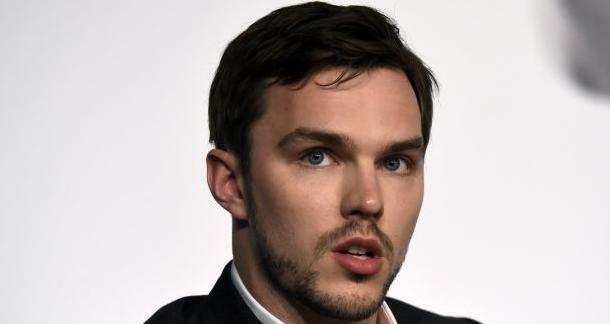 Variety has reported that Nicholas Hoult will take on the role of reclusive author, J.D. Salinger. The film, "Rebel in the Rye", is based off of Kenneth Slawenski's biography of the author, J.D. Salinger: a Life and will "explore his rebellious youth, his experiences on the bloody front lines of World War II, enduring great love and terrible loss, a life of rejection to the pages of the New Yorker and his writer’s block — which led to a spiritual awakening." Nicholas Hoult is known for his roles in About a Boy, Skins, Warm Bodies, and more recently as Beast in the X-Men films and as Nux in Mad Max: Fury Road and was nominated for the BAFTA Rising Star Award in 2010. He's no phony.

Since Salinger's death in 2010, there have been multiple biographies published, including J.D. Salinger: a Life by Kenneth Slawenski and Salinger by David Shileds and Shane Salerno, which is tied to Salerno's 2013 documentary Salinger. Three Early Stories, Salinger's first published book in nearly 50 years, was published posthumously in 2014 as well. Salinger's most famous work, The Catcher in the Rye, has been rumored to be getting a film for years, though many deem the novel unfilmable.

Salinger's reclusive nature and the several controversies surrounding his life have kept the public fascinated since the release of The Catcher in the Rye in 1951 and I'm sure "Rebel in the Rye" will draw a substantial audience. What do you think? Are you a Salinger fan? Do you think Hoult is a good choice? What other authors would you like to see get a biopic?