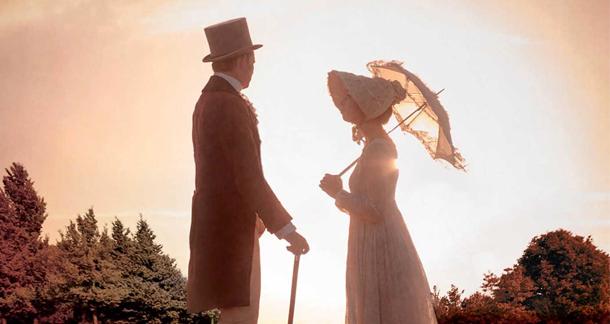 Law says Austen spent much time at Parker’s home during the period in which she wrote the novel in the early 1800s. Before the Earl met his first wife Francis, he was caught up in a sex scandal that ended in divorce—a fiasco that is said to be the inspiration behind the plot of Mansfield Park, another Austen classic.

Law has collected a plethora of letters and documents that she claims prove Parker is the flesh-and-blood version of Fitzwilliam Darcy. She has compiled nearly five years of research—all of which were spent traveling across the country to uncover hidden letters, diaries, and newspapers—in her new book, Through the Keyhole: Sex, Scandal, and the Secret Life of the Country House.

“The physical similarities in them are obvious but there is also so much circumstantial evidence to suggest the Earl was Mr. Darcy,” Law said. “We don’t have the concrete evidence but I have discovered there were a lot of rumors about at the time and it is a convincing argument. There is a massive intriguing web around it.”

I am a fan of all things Austen and, to be honest, who could not have a soft spot for the endearing Mr Darcy ;) Charming (though pridely) man that he is...!

Interesting post, recommended to all Austen and Darcy fans out there!