Ray Bradbury's 'From The Dust Returned' Headed For The Big Screen 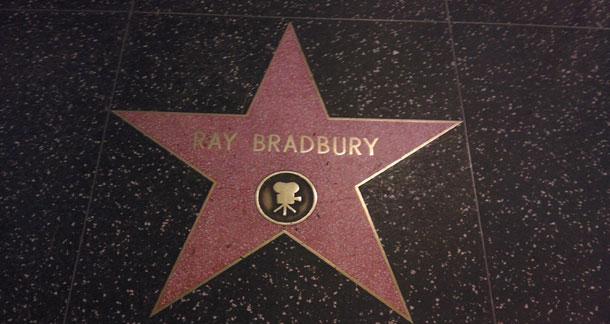 Hollywood is going through a Ray Bradbury phase, which is likely to be about 90 times better than its migraine-inducing-3D phase and 400 times better than its erotic-vampire phase. New film adaptations of Bradbury's The Martian Chronicles (2013), The Illustrated Man (2013), and Dandelion Wine (2014) are already in development, and MGM just announced plans to develop anthology-turned-novel From The Dust Returned for the big screen. Producers Denise Di Novi and Alison Greenspan are also working on The Illustrated Man; no director has been announced. A remake of Fahrenheit 451 cannot be far behind.

From The Dust Returned took roughly fifty-five years to complete. "Homecoming," published in the October 1946 issue of Mademoiselle, was the first of six Bradbury stories about the Elliots, a bizarre family of immortal monsters, ghouls, and mind-travelers who adopt a normal human kid named Timothy. The boy, whose therapy bills have to be completely off the charts, hears the family tales from his mummified grandmother and will, in the end, be the only family member who will face death. In 2001, From The Dust Returned gathered the individual Elliot family stories into one book with added chapters to join them into a continuous narrative.

This could be amazing, or this could be some truly horrible amalgamation of the Addams Family and Annie. What's your take on Hollywood's Bradbury fever? Will you buy a ticket?

I feel the same way, Jack. I'm bracing myself for disappointment, but I'll certainly give it a shot.

Dwayne from Cincinnati, Ohio (suburbs) is reading books that rotate to often to keep this updated May 12, 2012 - 2:35am

@Kimber - Are you really a bee keeper? Please so no. Please. Lie, if you have too.

Dwayne from Cincinnati, Ohio (suburbs) is reading books that rotate to often to keep this updated May 12, 2012 - 11:03pm

As long as you would belive me when I tell you that no this is not the bee hive factory, and yes that is the number on the flier but it's a misprint it's okay. Sorry bad history with bee keepers.

Yes, I read this some time ago. It was good. I would love to see how it is done.