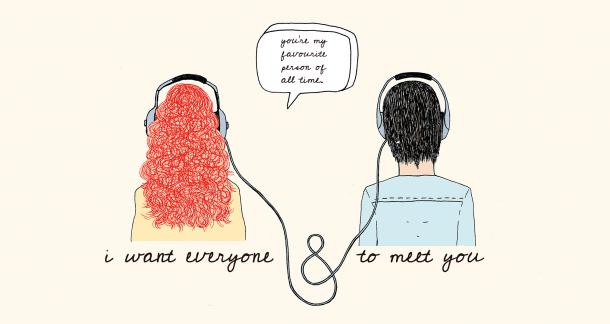 Hot on the tail of news that John Green’s Paper Towns will be coming to theaters comes news of yet another hot young adult novel headed to the big screen. DreamWorks has picked up the film rights to Rainbow Rowell’s spunky contemporary novel, Eleanor & Park. Rowell has been hired to pen the screenplay.

Eleanor & Park is the story of two unlikely teens that fall in love on the bus in Omaha in the ‘80s, but these characters are not your typical young adult stereotypes. Park is a half-Korean comic book geek who finds comfort in music. Eleanor is somewhat on the heavy side and insecure, battling the effects of an abusive home life. Together they are not only the sweetest, but also the most realistic couple in young adult literature today.

Fans of the novel love the individual style of these characters and Rowell herself is hoping that Hollywood doesn’t try to glamorize the pair. She took to Twitter on April 2nd to share her big news and discussed the casting. “I've already told them my worst movie nightmare: that a skinny girl gets cast as Eleanor and Keanu Reeves gets cast as Park.” Rowell went on to say, “They've promised me they don't want that either. I know it's Hollywood & there are no guarantees, but I think they want to do a good thing.”

Fans won’t have to wait too long to see these characters come to life. According to Entertainment Weekly, DreamWorks hopes to start shooting in 2015.

I wouldn't want Keanu Reeves to play the part because ; 1) He surely is attractive and partly Asian, but is simply too old (almost 50) to play a sixteen-year-old. He could have a son that age.
BTW he was already 22 in 1986!
2)He can't play older version of Park cuz he's too tall.

I would definitely hate to see Lindsay Lohan play Eleanor even though she is a redhead and freckled. A girl with a pure heart should portray that stout sweetheart, not a slut like Lindsay.