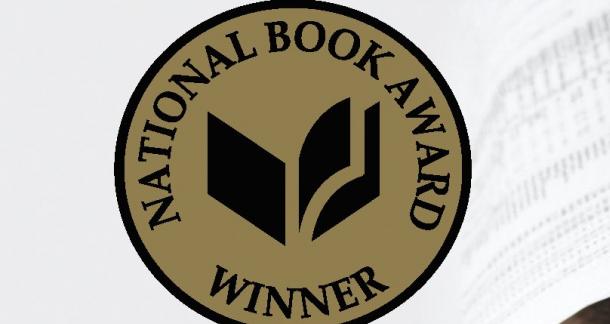 Last night's National Book Awards was certainly a night to remember with three big stories blowing up the internet this morning.

First, Phil Klay was the big winner in the fiction category for his novel Redeployment. KIay made a strong case for the healing power of writing and literature:

What do you do when you’re trying to explain in words, to the father of a fallen Marine, exactly what that Marine meant to you?...I can’t think of a more important conversation to be having...War is too strange to be processed alone.

Evan Osnos for Age of Ambition: Chasing Fortune, Truth and Faith in the New China, his non-fiction book about China's economy, culture, government and people.

Jacqueline Woodson for Brown Girl Dreaming, her memoir that took the prize for young people's literature.

The second big story was Ursula K. Le Guin's impassioned speech in which she defended writers, writing, and science fiction in particular. She also commented on recent dealings between Hachette and Amazon:

We just saw a profiteer try to punish a publisher for disobedience, and writers threatened by corporate fatwa. And I see a lot of us, the producers, accepting this—letting commodity profiteers sell us like deodorant!

On a sour note, Daniel Handler, the evening's host, is under fire for some comments he made when Jacqueline Woodson was announced as the winner for young people's literature:

I told you! I told Jackie she was going to win. And I said that if she won, I would tell all of you something I learned this summer, which is that Jackie Woodson is allergic to watermelon. Just let that sink in your mind.

After the reaction, Handler tweeted this morning:

My job at last night's National Book Awards #NBAwards was to shine a light on tremendous writers, including Jacqueline Woodson...and not to overshadow their achievements with my own ill-conceived attempts at humor. I clearly failed, and I’m sorry. -DH