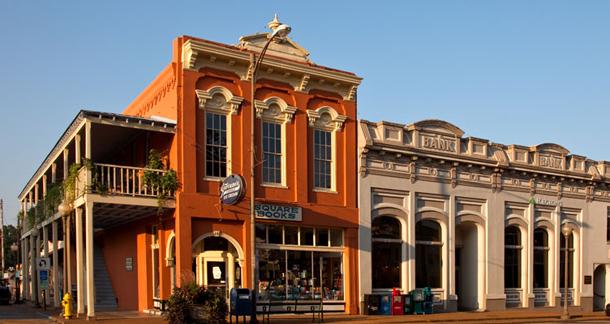 The store was founded in 1979 by Richard and Lisa Howorth. Since that time, they've opened two more locations in the area. Author Jon Grisham frequents the shop, and he had this to say:

I love the place. When you walk in the front door you can smell books. Time stops, and you want to browse and read and gossip and drink coffee upstairs on the balcony for the rest of the day. If you want a book, it’s somewhere in the store.  If you want to know something about a book or an author, Richard or one of his staff will have the answers. If you want to meet authors, they’ll stop by soon enough.

Square Books beat out a short list of four other stores, including Chaucer’s Bookstore in Santa Barbara, California and Maria's Bookshop in Durango, Colorado.

Anyone been to this shop? Is it deserving of PW's award, or would you like to see your own favorite store with the title?

Check out some of the LitReactor staff's favorite indie bookshops.