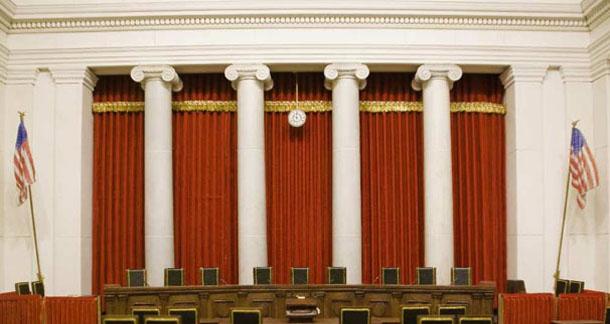 The Supreme Court ruled yesterday that Congress can take books, music and other works from the public domain and re-grant them copyright status. This little piece of news got lost in the SOPA-shuffle yesterday (and a tip of my cap to jrbd for bringing it to our attention).

A public domain work is one for which the rights have expired. A good example is Shakespeare: You can do whatever you want with his plays--perform them, read them, copy and distribute them--without fear of some lawyer winging a briefcase at your head.

At issue here were works that were part of the public domain in the United States but were still copyrighted overseas. In 1994, Congress adopted legislation that would re-copyright these works to comply with the Berne Convention, an international copyright treaty.

But, a group of orchestra conductors, educators, performers, publishers and film archivists protested, arguing that they rely on artistic works in the public domain for their livelihood. An appellate court had ruled against them and they petitioned the Supreme Court to hear the case.

The court ruled against them in a 6-2 decision, arguing that preserving the treaty was more important than creative expression. And it's a disappointing ruling, to say the least. From Wired:

The lead plaintiff in the case, Lawrence Golan, told the high court that [he] will no longer be able to perform Prokofiev’s Classical Symphony and Peter and the Wolf, or Shostakovich’s Symphony 14, Cello Concerto because of licensing fees.

A world without Shostakovich’s Symphony 14, Cello Concerto is one I don't want to face.

Seriously though, Wired has a good article about this, which includes a link to the decision (if you're into that sort of thing).

What a crock of shit.

Well I guess this Lawrence Golan will just have to write his own material instead of banking off dead people's work.

Does that mean I would have to pay Congress fees if I wanted to say, use a work of Beethoven in my student film or something?

Class Director
Rob from New York City is reading at a fast enough pace it would be cumbersome to update this January 19, 2012 - 7:43pm

This ruling doesn't apply to all works in the public domain - just the ones that are public domain here, but there's a copyright owner overseas disputing that.

Anything that protects the work of Artists & Writers I'm all in favour of, although classical works, where the originator is no longer alive should probably be held in the public domain.

edsikov from New York by way of Natrona Hts PA is reading absolutely nothing January 20, 2012 - 4:52am

Yeah, I'm not so sure this is such a bad ruling either. Let's say you happen to have the bad luck to be Scottish. (They have bad skin and bad food.) And you write something, and you copyright it, and your copyright runs out in the US but remains in force in Scotland. Does that give anyone in the US the right to profit from your work? Don't you or your heirs have a legitimate gripe? Why does your work suddenly become free for the taking in this country while in Scotland and the rest of the world  it remains copyright protected?

I'm tired of getting ripped off by foreign-based e-book duplicators who are selling my books online and not paying me a penny's worth of royalties. Isn't this the same thing in reverse? If some conductor wants to play some piece of music that's copyrighted abroad and s/he charges people to come hear it, then s/he owes the person who wrote the damn music some money for having created the work. So sayeth I. Me. Whichever.

Joshua Chaplinsky from New York is reading a lot more during the quarantine January 20, 2012 - 6:47am

Yeah, I might agree with Ed on this. If you hold the copyright on something, people in other countries shouldn't be allowed to profit from your work. It's not like they're saying, "No more free Shakespeare" or anything. These people are alive.

Ed, as long as you're alive your copyright won't run out in the U.S. It takes 70 years after one's death (it used to be much less - 28, I believe) for your work to enter public domain.

And why should your heirs have a legitimate gripe? They didn't create the work and they have 70 years after your death to milk your assets for all they're worth.

In the UK the King James Bible and Peter Pan are perptetually copyrighted (by the state!). That's ridiculous. The U.S. absolutely should not take UK copyright law into consideration when writing their own. Perpetual copyright is unconstitutional over here.

Moderator
Utah from Fort Worth, TX is reading Lonesome Dove by Larry McMurtry January 20, 2012 - 8:39am

So will preachers here have to start paying royalties to quote the Bible in church?

You jest, but just to be specific, no (quoting is fair use). It just means a UK publisher has to have authorization from the state to publish/sell the KJB. Not that it matters, it's public domain in every other country as it should be.

Personally, I think that all religious texts should automatically be public domain. Especially ones that are hundreds of years old and have historical importance, but it would also be nice to expose the Scientologists who hide their bogus theology behind copyrights.

@Utah--Preachers should have to pay fees to God!  Or at least the US Government. I don't buy this churches can't be taxed thing. That's why you have a lot of greedy preachers who take advantage of people. Or the Westboro Baptist church who uses their hundreds of thousands of dollars in funds to protest funerals and spread hate speech. Also, anyone who stomps on the American Flag should be shot in the face.