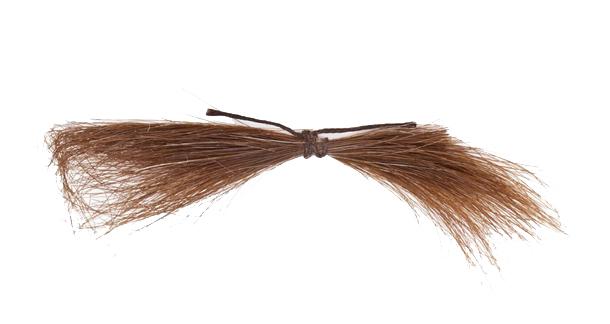 Profiles in History recently announced an upcoming auction of notable author memorabilia, slated to begin on December 18 in Los Angeles, reports the Huffington Post. While most of the items on the block are manuscripts and letters from the likes of F. Scott Fitzgerald, Charles Dickens and Joseph Conrad, amongst others, one particular (literal) piece of a writer stands out: a lock of Edgar Allan Poe's hair, which comes with a package of other Poe artifacts, including his fiancée's engagement ring and a silver spoon (you can read the full list of items for sale here).

If this sounds a tad creepy, well, it is, but perhaps not for the reason you think (owning strands of a dead man's hair). In fact, the inclusion of this physical memento from the grandfather of horror and mystery was presented casually by both the Huffington Post and Profiles in History, as though the item was commonplace.

Research reveals that, though certainly hard to come by, locks of Poe's hair aren't unusual to the collecting world. The two most prominent Poe museums, the Enoch Pratt Free Library in Baltimore, Maryland and the Poe Museum in Richmond, Virginia both feature hunks of the author's brown tresses on display. You'll also find a sample entwined in a locket, reportedly belonging to Poe's mistress, at the Harry Ransom Center in Austin, Texas, part of a larger collection of famous people's hair. Much of the snippets in the collection were taken just after death.

By this point, you're probably asking, what's with all the hair? Well, during Poe's time and before, collecting locks was common. From the Ransom Center's web page: "In an age in which death was omnipresent, hair kept in lockets or bracelets was a way of remembering loved ones." Basically, the hair represents the person, and, in a way, acts as a tangible representation of the bond between two people. So while our culture might gag, for past generations this was perfectly normal.

For me, what makes this story creepy is the idea that some stranger could own this and other personal belongings for private, fetishistic display. Edgar Allan Poe was no stranger to weirdness, and his fame after death outshines any success he enjoyed in life, so I understand the desire to know the man from the legend. But a lock of his hair, meant for a person he knew and loved? His fiancée's engagement ring? Seems a little too personal to me.

I don't think it's terribly shocking, but yeah, it is rather personal. I could see these things in a museum & Profiles in History is usually pretty good about getting such things to the right people. I'd love to hear what it all goes for!

I would eat the hair, develop a bezoar, and then use it to channel the spirit and creative energy of edgar allan poe.