Print Book Sales Are Up, Shocking Everyone 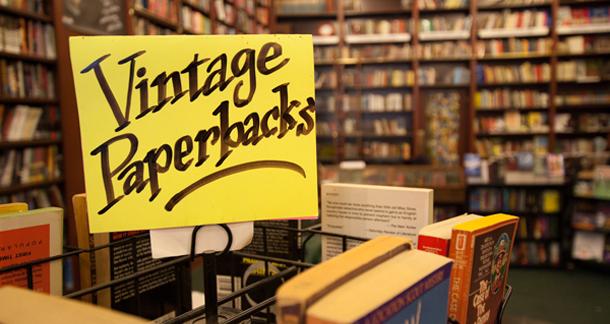 The numbers are in, and book sales for the holiday season are... up!?

Well, that was unexpected. It is probably because of this.

Seriously, things have been tough all over for the publishing industry, and many believed that, between eReaders hitting bargain-basement prices, and the allure of pantless shopping sessions on Amazon, the days of the brick-and-mortar book store were numbered.

Not so, says the New York Times:

Barnes & Noble, the nation’s largest bookstore chain, said that comparable store sales this Thanksgiving weekend increased 10.9 percent from that period last year. The American Booksellers Association, a trade group for independents, said last week that members saw a sales jump of 16 percent in the week including Thanksgiving, compared with the same period a year ago.

This is despite the fact that books aren't getting any cheaper ($35 for Steve Jobs by Walter Isaacson!?). But consumers are buoyed by the "vibrant" selection available in bookstores, as well as the fact that it's much cheaper to buy someone a book than an iPad or a flat screen television, which is all anyone ever really wants.

Among the more popular fiction titles, if you were wondering, are The Dovekeepers by Alice Hoffman, The Marriage Plot by Jeffrey Eugenides, 1Q84 by Haruki Murakami and The Angel Esmeralda by Don Delillo. Sales have also been spurred by Michael Connelly, Stephen King, Janet Evanovich and John Grisham, who have all released novels recently. They tend to be popular with readers, from what I hear.

So, it's been a good season for books! After all the sturm und drang about print being dead, this is very welcome news. Hopefully it stays like this.

EricMBacon from Vermont is reading The Autobiography of a Corpse December 13, 2011 - 5:45pm

The economy is in the tank...our depression is not over. Books are a comfort, even when you can't afford them. In a pinch, I would choose a good novel over a nice dinner. I think that consumers are becoming more aware of how they purchase as well. I prefer to spend my cash at local indie bookstores, and even if the books are more expensive, to buy as directly from the author as possible online. I don't buy ebooks very often, I just download free classics and stock my actual library with newer works.

I think another reason for sales to be up is because we are finally understanding how important it is to save the local bookstore/library, etc. And all you have to do to save them is to occupy them and spend some cash now and then.

Books are a comfort, even when you can't afford them. In a pinch, I would choose a good novel over a nice dinner.