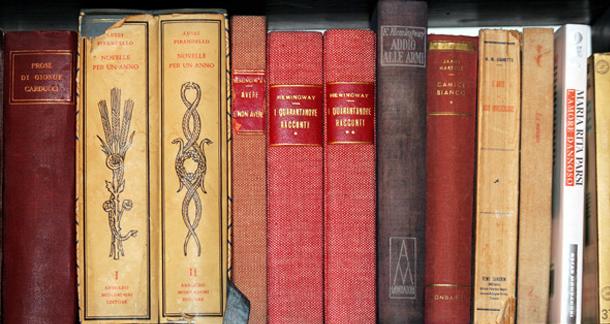 via The Daily Mail:

It seems as though the Brits aren't as cultured as they want people to think they are.

A recent survey suggests that residents of the United Kingdom are more interested in displaying classic works of literature, and less interested in actually reading them. This means that if you're riding the London Tube and you see someone reading Pride and Prejudice, there's a pretty good chance that person is actually reading a Danielle Steele novel tucked inside.

The survey's numbers are pretty interesting:

Lest you think I'm Brit-bashing, let's be clear: Americans read crappy books too, they're just a little less bashful about it. That's a completely unscientific observation from the New York City subway system. (After Dan Brown's last book came out, I'm pretty sure I was the only person not reading it.)

And the desire to look smart through literature isn't a phenomenon unique to the United Kingdom. SF Weekly published a list back in April on the top ten books that will make you look smart in public. (No Anna Karenina?)

Still, it's an interesting survey. Really, the only two things about it that throw me are the fact that the average Briton owns 80 books (that is a lot of books), and the fact that the survey was conducted by Lindeman's wine. Which, I don't know, I guess they're a reputable polling entity?

Regardless, I'd love to see a similar survey done in the United States.

Admin
Mark from Lexington, Kentucky is reading The Chronology of Water October 12, 2011 - 6:50pm

Hilarious.  I don't know if Americans are any less status conscious than Brits.  It might just be that conspicuous displays of intellectual capital or cultural cred fall to a tiny hipster subculture in the states--while most mainstream Americans are content to be seen in public clutching the preferred smart phone or wearing the right brand of shoes.

Conversely, among the intelligensia, I think there's a lot more burden over whether you've read Infinite Jest and A Confederacy of Dunces and all things Philip Roth.  No one in the states cares if you're up on 19th-century literature, like Austen, except for the academicians who specialize in it.

Thanks, Rob, that was fun.