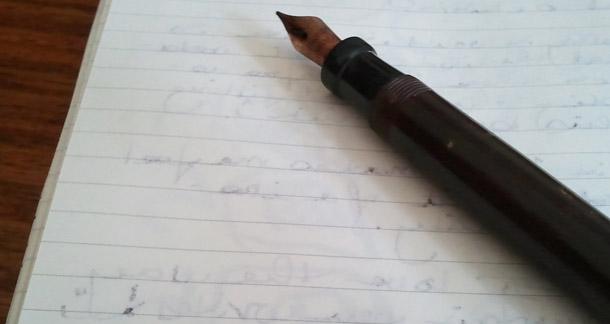 Trish Vickers of Charmouth, Dorset, England, is blind. She writes longhand, with a system she developed to keep her lines straight.

She hit a hot streak and wrote 26 pages--but the ink in her pen had run out, and she didn't know it. Her son had to tell her when he came to check on her, and that must have been a bummer of a conversation.

They kicked around some ideas and finally settled on calling the police, figuring their fingerprint division might be able to help. The cops agreed, and working in their spare time, used "a combination of various lights at different angles" to read the impressions the pen made.

Another victory for science, and people being nice!